The Secretary of State for Defense announcement on the royal Navy's Type 45 destroyer was hailed as a boon for South Coast Shipbuilding, as the revised strategy means that Vosper Thornycroft (VT) will play a significant role in the Type 45 program, building sections for all ship in the class.

"The strategy involves a commitment now to six ships of the planned class of up to 12 ships, doubling the number on order," said Defense Secretary Geoffrey Hoon.

"The new strategy gives a welcome level of stability to our warship building industry.

Above all, it offers the best prospect of achieving the In-Service date for the Type 45 destroyer, with deliveries starting in 2007." The initial batch is six vessels, and working with prime contractor BAE Systems the job will secure 650 employees in the VT shipbuilding division well into the next decade, and allow the shipbuilder to proceed with plans to invest in a new shipbuilding facility within Portsmouth Naval Base.

It is planned that the contractual commit- ment will be signed in September, with work starting on building the new facilities by the end of the year, in time for steel to be cut on the first Type 45 destroyer in 2003 "Although we will not be assembling the second destroyer as originally announced, this revised procurement policy provides us with longer-term security," said chief executive Martin Jay. "It also means that VT, with the new facilities, will be in a strong position to compete for future Royal Navy warship programs such as the Future Surface Combatant.

The Type 45 Destroyer is a new air defense warship that will succeed the existing Type 42 destroyers in service.

The ships will be equipped with the Principal Anti Air Missile System, which is designed to deal with salvo attacks by anti-ship missiles. The ships will be powered by the WR21 gas turbine, propelling the ships to speeds up to 29 knots. The cost of the first six ships is estimated to be more than $8 billion. 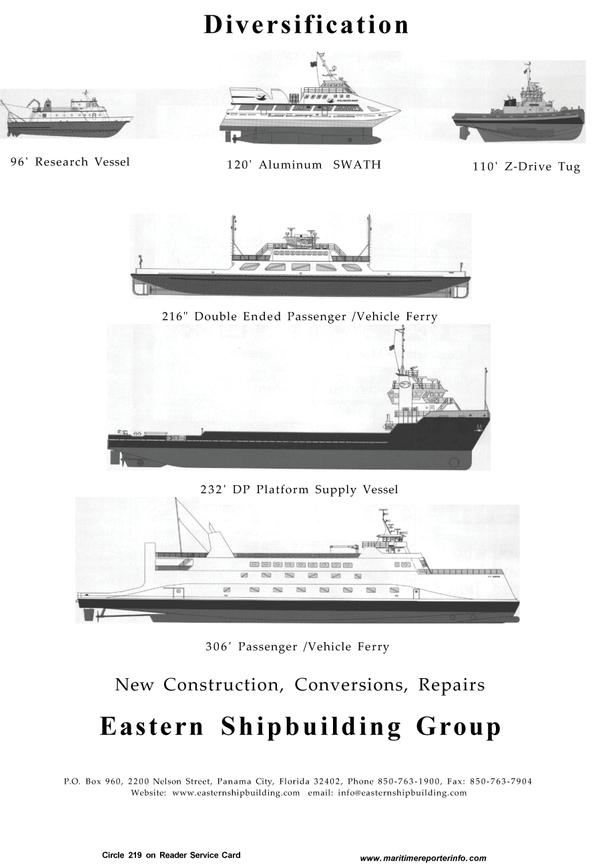