National Steel and Shipbuilding Company, (NASSCO) has delivered the M.V. Midnight Sun to Totem Ocean Trailer Express, Inc. (TOTE). The Midnight Sun is the first commercial dry cargo vessel to be built in the U.S. in 10 years and the first of two new ORCAclass trailerships being built by NASSCO for TOTE's service from Tacoma.

The ships employ the latest in marine technologies, including twin-screw, diesel-electric propulsion that can achieve a speed of more than 24 knots.

The ships' cargo can be loaded and discharged in nine hours, with the speed and efficiency of cargo handling being an important competitive advantage for TOTE.

The North Star will be christened on June 14, 2003, and will be delivered later this year. Both vessels have received several prestigious awards for their environmentally sensitive features. 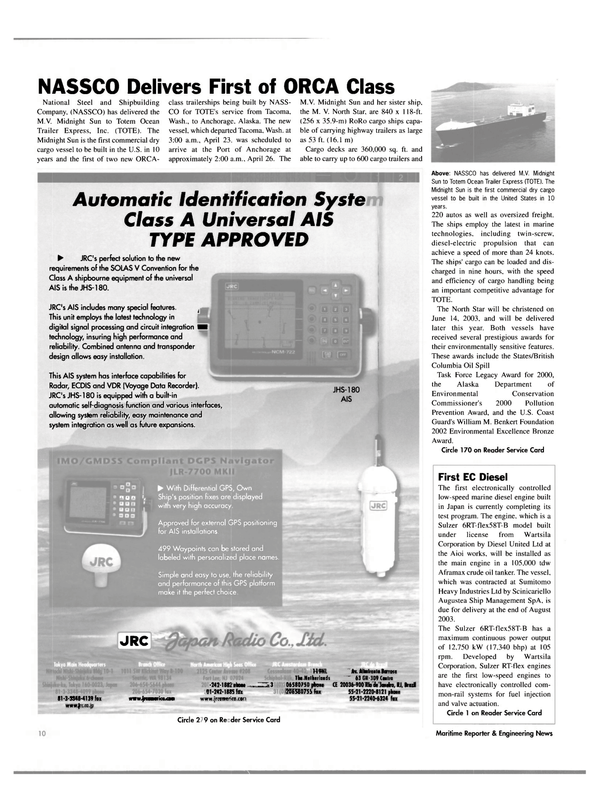