Due for delivery in 2004, it will be powered by four Wartsila 6L50DF dual-fuel engine generating sets which will meet all the ship's propulsion and shipboard electrical requirements. The Wartsila 6L50DF engines each develop 5,700 kW at 514 rpm.

The new engines have a four-stroke working cycle and can be run alternatively in gas mode or liquidfueled diesel mode. In gas mode they run as a leanburn engine according to the Otto cycle. Ignition is initiated by injecting a small amount of diesel oil (pilot fuel), giving a high-energy ignition source for the main fuel gas charge in the cylinder. The 'micropilot' injection system uses less than one percent of nominal fuel energy input. In liquid fuel mode the DF engine works just like any diesel engine, using a traditional fuel injection system. The Wartsila DF engine comes in two ranges, the 32DF and 50DF. 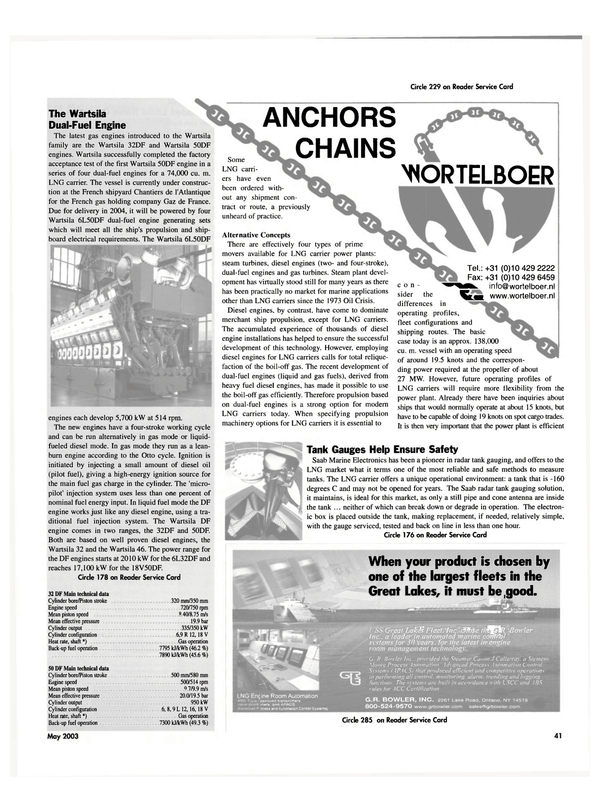 Read The Wartsila Dual-Fuel Engine in Pdf, Flash or Html5 edition of May 2003 Maritime Reporter