The company will supply three 2,500-kw "high shock" gas turbine generator sets by mid- 1982 to the prime contractor, Empresa Nacional Bazan Shipyard in Spain. These generator sets are similar to Stewart & Stevenson systems now in use by the U.S.

Navy on its Spruance class destroyers.

The Spanish aircraft carrier is the first of a new class specifically designed for VSTOL (Very Short Take-Off and Landing) jet fighter aircraft, and features an elevated bow for aircraft take-off assistance. In addition to its aircraft carrier role, it will function as the command and control ship using sophisticated computers to direct the entire fleet during operations. 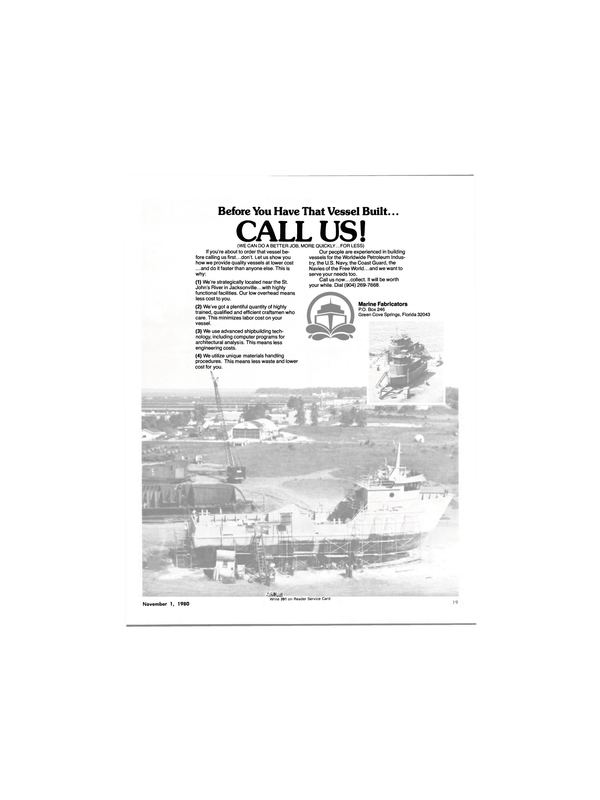