The Northern New England Section of the American Society of Naval Engineers held its first meeting of the new season at the Commissioned Officers Club, Naval Shipyard, Portsmouth, N.H. The featured speaker for the technical session was Robert Reid, who gave a slide presentation titled "Operating Experience of the LM2500 Gas Turbine in Navy Ships." The LM2500 gas turbine has been in service in the U.S. Navy since 1975 as the main propulsion engine for the Spruance Class (DD-963) destroyers and the FFG-7 Class frigates. It is being used in the ships of 11 navies around the world, and is now opera- tional in 37 U.S. Naval vessels ranging from 230 tons up to 24,000 tons.

Some of the features of the LM2500 that make it an attractive propulsion package include quick start-up, fast throttle response, rapid engine replacement, and a wide range of output horsepower. 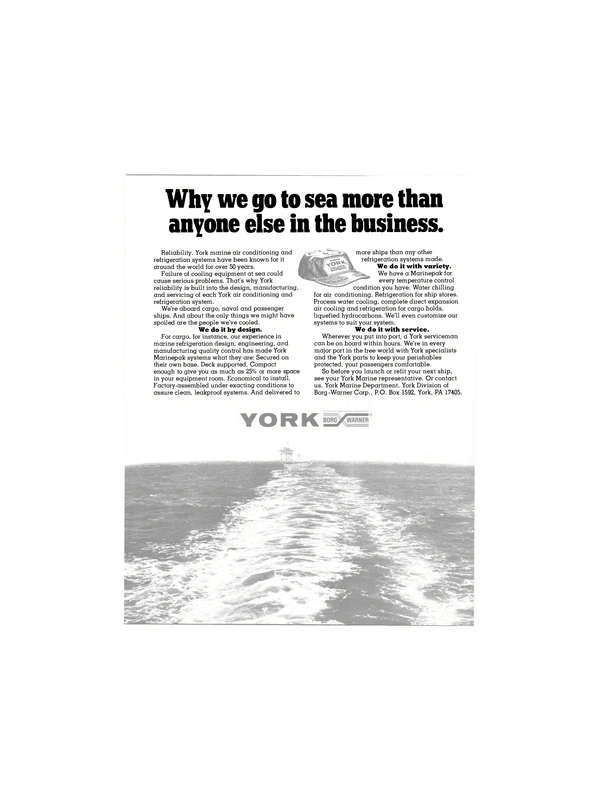