George W. Geyer has been appointed vice president of Resource Management and Administration of the Upper Peninsula Shipbuilding Company (UPSCO).

UPSCO's facility in Ontonagon, Mich., specializes in the construction of tugs, barges, drydocks, and ships or other steel fabrication work.

Mr. Geyer came to UPSCO in 1980 from Babcock and Wilcox, where he began working as a senior business analyst, sales engineer, and senior project manager and subsequently became the manager of pricing applications in their Commercial Applications Department. His substantial managerial experience enables him to currently establish and control UPSCO's policies and procedures for personnel, purchasing, materials management, public relations, and contract administration.

degree in marine engineering and later sailed as an engineer on retrofit and automated vessels.

After his service in the merchant marine, he obtained master's degrees in both business administration and industrial engineering from the University of Washington. 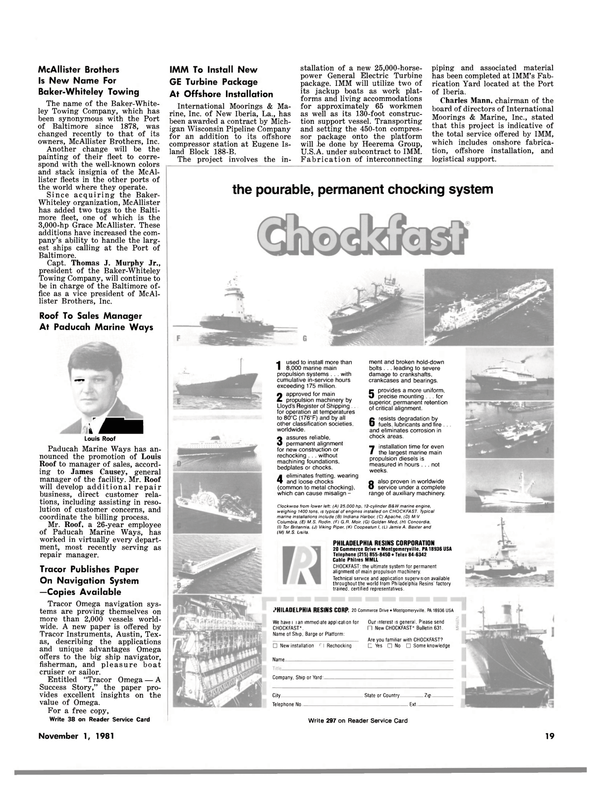