Prior to joining Gulf Fleet in 1974, he served as tax manager of Pott Industries, Inc., in St. Louis, Gulf Fleet's parent company.

He will work out of Gulf Fleet's corporate headquarters in New Orleans.

Mr. White, who joined the company in 1975, will be responsible for Gulf Fleet's international marketing activities. He has served as vice president of Gulf Fleet's Latin American operation and will be based in New Orleans.

Wally Cox has been named Gulf Fleet's domestic sales manager and will assume total domestic marketing responsibility for the company's tugs, towing supply vessels, sup- ply vessels, utility vessels and offshore deck barges. Since 1977 he has served as sales representative in the company's Lafayette office. Mr. Cox has 11 years of sales and management experience in oil field equipment and supplies.

John Belsome has joined the company as sales representative in Lafayette, La. Mr.

Belsome has six years of experience in the marine industry. 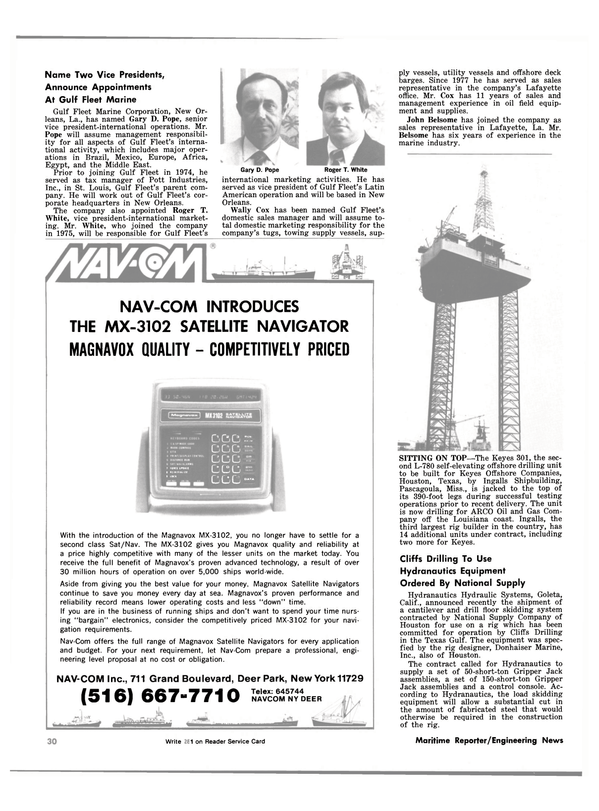