the second of its kind to be built by Hitachi for ONGC. The first rig, the Sagar Vikas, was completed in December 1980 at the Osaka Works (Sakai) and was placed in operation in the Bombay High. The new order is scheduled for completion by the end of 1983 and is intended for service in the same drilling area.

The jackup will be built to American Bureau of Shipping classification. 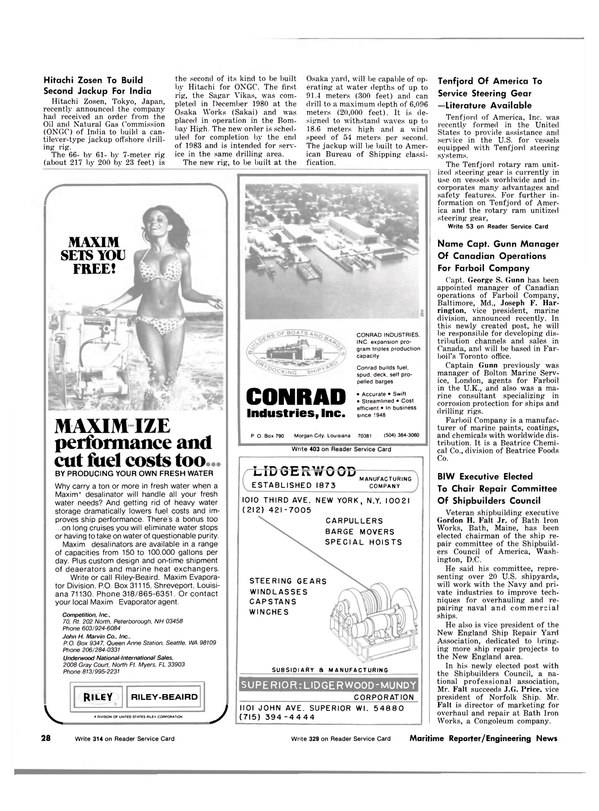