A paper entitled "The Design and Selection of Shipboard Microcomputer Systems" was presented at a recent meeting of the Northern California Section of The Society of Naval Architects and Marine Engineers held in San Francisco.

An unusual aspect of the lecture was Mr. Stockdale's on-stage use of an Apple III microcomputer and a large video screen to project the computer output. The audience of about 150 watched the computer's response as Mr.

Stockdale demonstrated aspects of strength and stability programs he had written.

The lecture was the first of a regular monthly series of meetings of the Northern California Section of The Society of Naval Architects and Marine Engineers in 1981-1982. Copies of the paper are available from R. Keith Michel, Papers Committee, Herbert Engineering, 88 First Street, San Francisco, Calif. 94105. 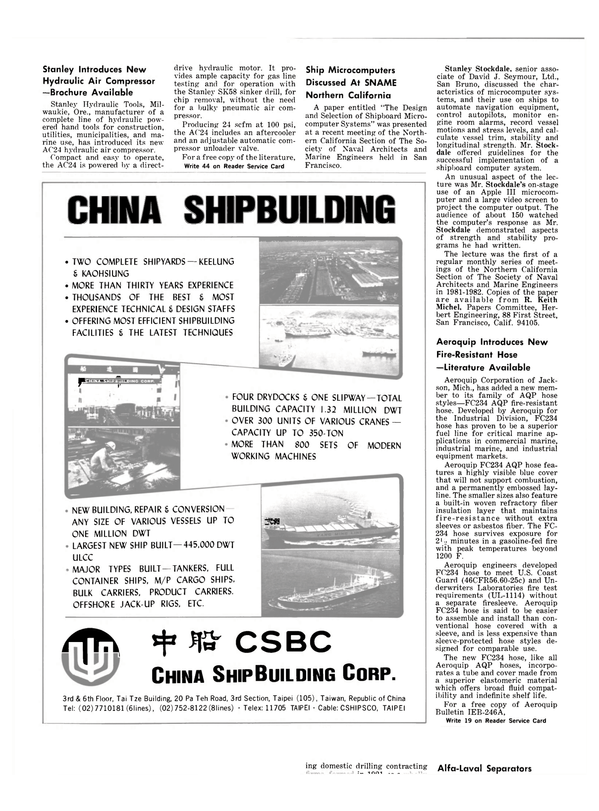