The vessel, designed by Jensen Maritime Consultants, Inc., formerly B.F. Jensen and Associates of Seattle, Wash., has an overall length of 121 feet 6 inches, a molded breadth of 28 feet and a depth of 12 feet 6 inches.

These propellers, 9 feet in diameter, and designed to absorb 11,500 horsepower each at 350 rpm, have been spin tested f o r 300 hours continuously at various speed increments up to 385 rpm.

The WMEC propellers, also 9 feet in diameter, and rated f o r 3,500 horsepower at 260 rpm, have a requirement of spin testing only the first shaft line with Write 339 on Reader Service Card the remaining systems to be functionally tested. Testing on these propellers has been ongoing over the past several months.

The test facility included in the operations is capable of spin testing propellers up to 16 feet in diameter at rated speed, and with maximum weights of approximately 400,000 pounds.

The Alaska fisheries patrol vessel CP propellers are scheduled for delivery in April of 1982. 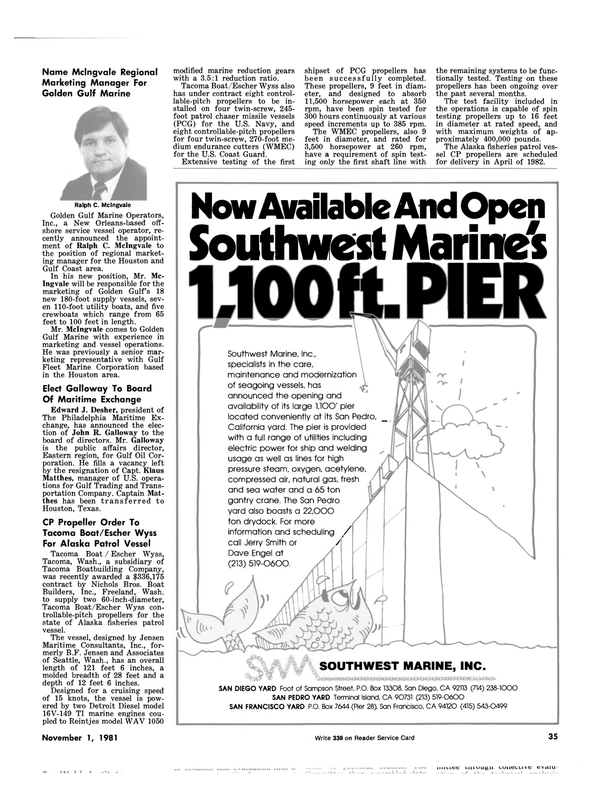