The New York Metropolitan Section of The Society of Naval Architects and Marine Engineers has issued a call for papers for a symposium on ship costs and shipboard energy that the section will conduct in conjunction with T&R Panel 0-36 — Economic Analysis of Marine Transportation. The symposium will be held September 30 and October 1, 1982, at the Waldorf-Astoria Hotel in New York City.

According to Richard J. Baumler and David A. O'Neil, symposium cochairmen, the ship cost portion of the symposium will be concerned with shipbuilding and operating costs and the energy portion will concentrate on the technical aspects, with or without detailed financial ramifications.

Deadline for submission of abstracts is November 15, 1981, and January 15, 1982 is the date for notification of acceptance.

Late submittals from overseas will be considered beyond November 15, noted Neil Reddy, chairman of the SNAME Metropolitan Section. Abstracts are to be sent to Alexander C. Landsburg, 307 Williamsburg Drive, Silver Springs, Md. 20901.

Typical subject areas for ship costs include shipbuilding cost estimates, ship operating costs, and U.S. versus foreign costs and subsidies. Typical energy topics would include resistance and propulsion techniques, fuels, and coal-fired boilers. Subjects such as computer aids, and approaches and techniques from other industries would be applicable to both areas. 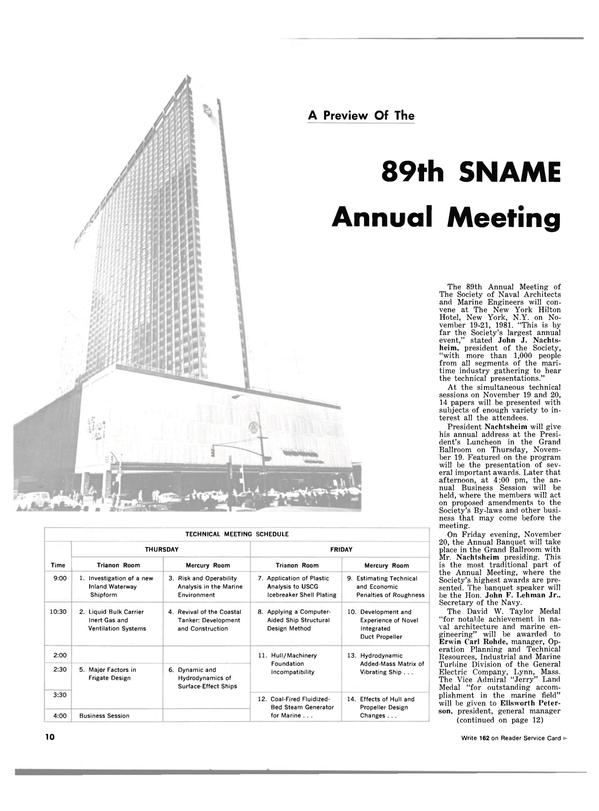