Donald W. Jett has been promoted to executive vice president responsible for the operation of the firm's nationwide network of marine design offices. Mr. Jett, a member of CDI Marine management since 1974, previously served with Newport News Shipbuilding as a member of the hull structural design division engaged in both aircraft carrier and submarine design.

James C. Gibson Jr. has been promoted to vice president, southern region. His responsibility is for the technical direction and accomplishment of all engineering and design work performed in the Jacksonville, Charleston and Pascagoula offices. Mr. Gibson has been with CDI Marine Company since he retired from the U.S. Navy with the rank of captain.

Jimmy R. Phillips has been promoted to vice president, northern region, which includes the Boston, Groton, Philadelphia, Hampton, and Chesapeake design offices. Prior to joining CDI Marine in 1976, Mr. Phillips worked with Newport News Shipbuilding as a member of the machinery design division engaged in the design of submarines, cruisers and aircraft carriers.

CDI Marine Company, a major division of CDI Corporation of Philadelphia, is a supplier of naval architectural and marine engineering services to shipyards, both Navy and commercial, and to their supporting industries. 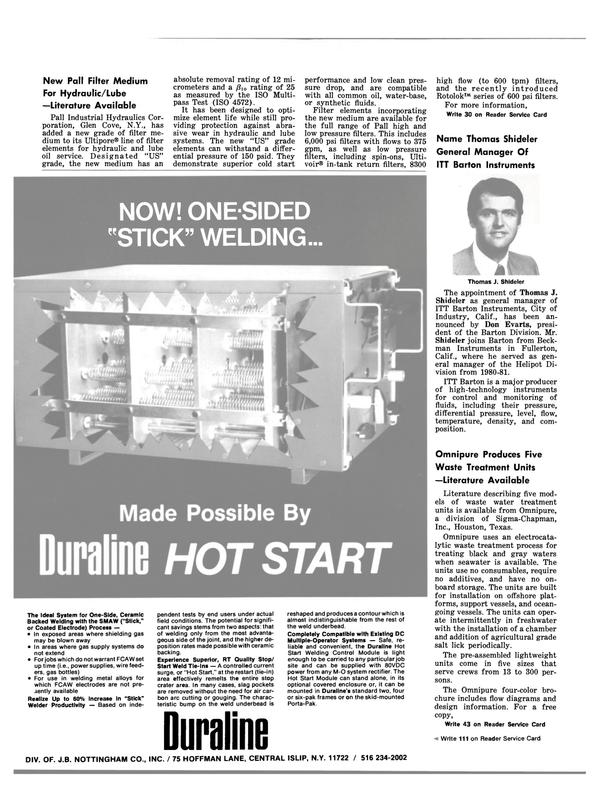