The Hawaii Section of The Society of Naval Architects and Marine Engineers held its first meeting of the 1981-82 season recently at the Cannon Club, on the Lanai, Fort Ruger, under the chairmanship of Dr. Manley St.

A paper entitled "High-Speed Catamaran Hydrofoils" was delivered by Rudy Choy, president of Aikane Corporation, one of Hawaii's largest commercial sailing operations. A member of the SNAME since 1964, he has been i n v o l v e d with catamaran construction and design since 1947.

One of his major designs is the voyaging canoe Hokulea.

Mr. Choy discussed the concept, design, and model testing of a proposed catamaran hydrofoil that was tested at the General Dynamics Convair tank in San Diego, Calif. It achieved a scale speed of 70 knots on the final day of testing, which was the desired goal. This design shows promise and warrants additional research and development.

Other officers elected for the year include: vice chairman, Capt. 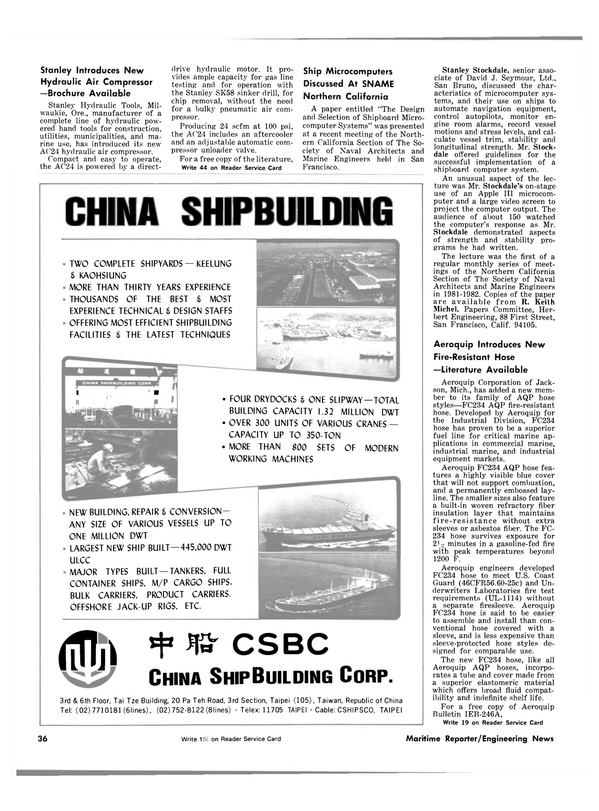