Europort '81 — the largest international maritime exhibition and conference—will be 20 years old this month. In terms of products, equipment, and technological presentations, this 20th anniversary show will be as young as tomorrow.

The exhibit will be held in Rai Halls, Amsterdam, Netherlands, on November 10 through 14, and a record number of shipping and shipbuilding executives as well as technical personnel from all over the globe are expected to attend.

Europort has grown in stature with the years, quickly becoming one of the leading maritime events. Almost since its inception, Europort has gained a reputation as an event that is welcomed by marine executives for the opportunity it provides to acquire and exchange information on a wide range of industry developments.

The show and technical sessions cover the spectrum of the maritime industry and are not limited to any particular sector.

The Europort '81 conferences, held in conjunction with the exhibition, will for the first time include separate commercial sessions in addition to the well respected technical presentations.

These commercial forums will provide additional opportunities for direct interchange between suppliers of equipment and services, and representatives of their markets.

For the second consecutive year, shipping on inland waterways will be a special feature.

The inland waterways of the European continent are a well-integrated network that is constantly being upgraded. The network is an essential, cost-efficient part of Europe's transportation system.

As Europort officials note, inland waterways are assuming greater importance worldwide; it is one sector of the maritime industry that has enjoyed steady growth during recent years.

A separate conference on inland navigation will be held on Saturday, November 14, and Europort '81 has retained a special part of the exhibit that will, for the second consecutive year, be devoted to the waterways. It will be located in Amstelhal in the Rai center.

The two other conferences planned to coincide with the exhibit have been organized by the conference division of Lloyds of London Press. The programs will be concerned with "Merchant Ships — Construction, Maintenance and Operational Problems," and "Salvage, General Average and Marine Insurance." The merchant ship conference will be held on the morning of November 10, and in the morning and afternoon of November 11.

It is sponsored by the Society of Consulting Marine Engineers and Ship Surveyors.

On November 12 and 13, the marine insurance topic will be sponsored by Ernest Robert Lindley & Sons B.V. Both of these conference programs will be conducted in English.

Europort '81 officials anticipate a total attendance of more than 70,000 persons at the five-dayevent.

His Royal Highness Prince Claus of the Netherlands will officiate at the exhibition's opening ceremony.

11:30 a.m.—H.R. Selby: The Development of Specifications in a Building Program by a Consultant.

12:00 noon—M.R. Knight: The Realities of Supervising a Building Program by a Consultant.

10:55 a.m.—Andrew Sinclair: Surveys on Behalf of Underwriters by Specia'ists, Consultants and Classification.

12:15 p.m.—Terence Coghlin, partner, Thos. R. Miller and Son (Bermuda): The Attitude of P. and I. Clubs to Present and Future Changes.

Speaker to be announced: Developments in the Traditional Markets.

(*As available at Press Time.) 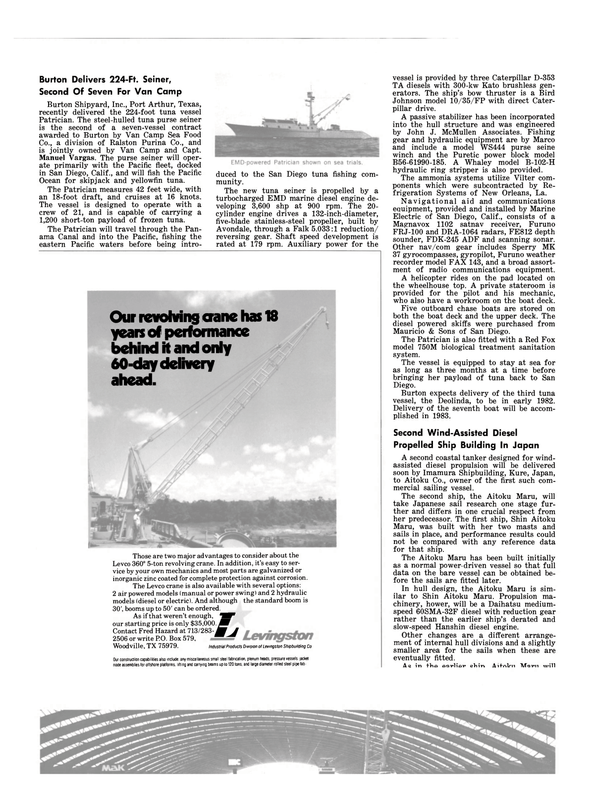