The Silver Knight of Management is the highest award the NMA chapters can give an outstanding executive. This is the first major award that Todd Seattle Chapter, now in its third year, has bestowed on one of its own members.

The Seattle Chapter nominated Mr. Meurk for his outstanding contribution to the company and the s h i p b u i l d i n g industry for more than 30 years. Mr. Meurk, who is also vice president-West Coast of Todd Shipyards Corporation, has been associated with Todd Seattle for 22 of his 33 years with Todd. 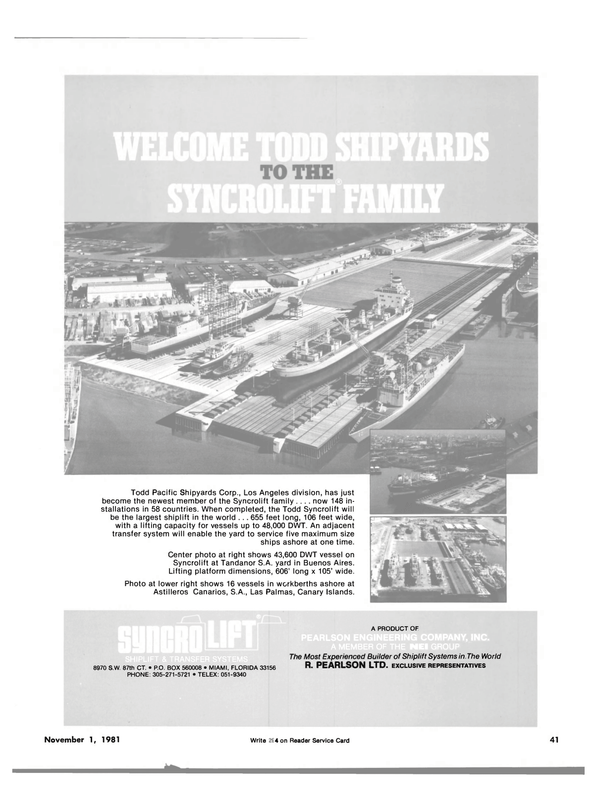