Santa Fe's board of directors has unanimously approved the merger agreement and has scheduled a special shareholders' meeting for December 1.

Santa Fe, an international drilling contractor, engages in oil and gas exploration and, through C.F.

Braun & Co., in process engineering and construction. In 1980, Santa Fe had revenues of about $1.2 billion, half of which was derived from foreign operations.

Kuwait Petroleum is a commercial enterprise engaged through subsidiaries in the production, refining, and marketing of oil, natural gas, and petrochemicals, both in Kuwait and abroad. The Kuwait government has approved the transaction and it is now subject to the approval of Santa Fe stockholders.

Under the merger, stockholders will receive $51 for each share of common stock—a total of $2.5 billion for 49 million outstanding shares. 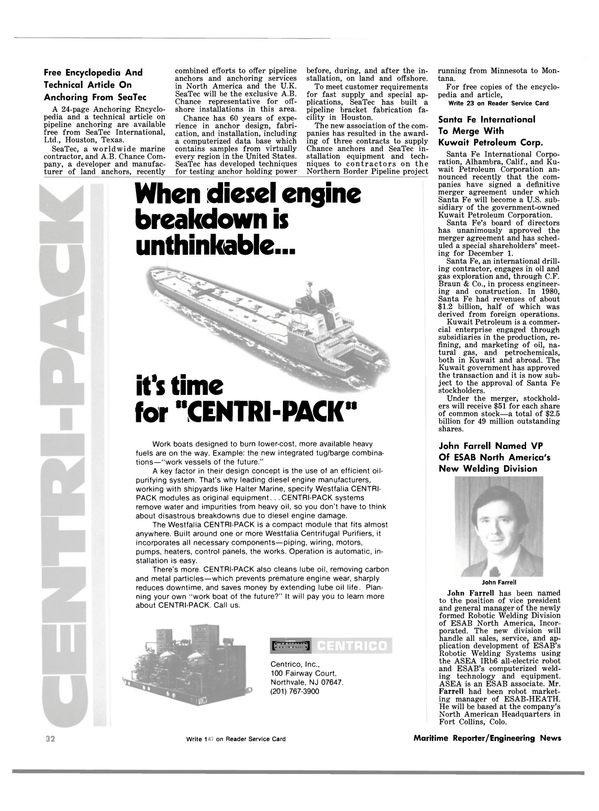