The ships will be delivered between November 1985 and the middle of 1986.

"Not including options accompanying the orders, we have received orders for 32 bulk carriers in 1983. The orders are from Malaysia, Norway, Iran, and now, India," said president Hong.

The Daewoo Group company is also filling orders for numerous other customers. Among the existing orders are 12 containerships for U.S. Lines, five chemical tankers for Stolt-Nielsen of Norway, two RO/RO carriers for Benargus A/S and Wilhelmsen Enterprise, both of Norway, a methanol carrier for National Shipping Company of Saudi Arabia, and four supply vessels for Essar Bulk Carriers Ltd. of India.

Daewoo is also building several plants at its Okpo Shipyard as well as two drilling rigs. Of the plants, two gas-compression platforms are under construction—one is for ARAMCO, the other for Kuwait Oil Company. Another plant under construction at Okpo is a linear low-density polyethylene plant for Al-Jubail Petrochemical Company of Saudi Arabia. The construction of this plant has introduced the modular method of construction to Korea. 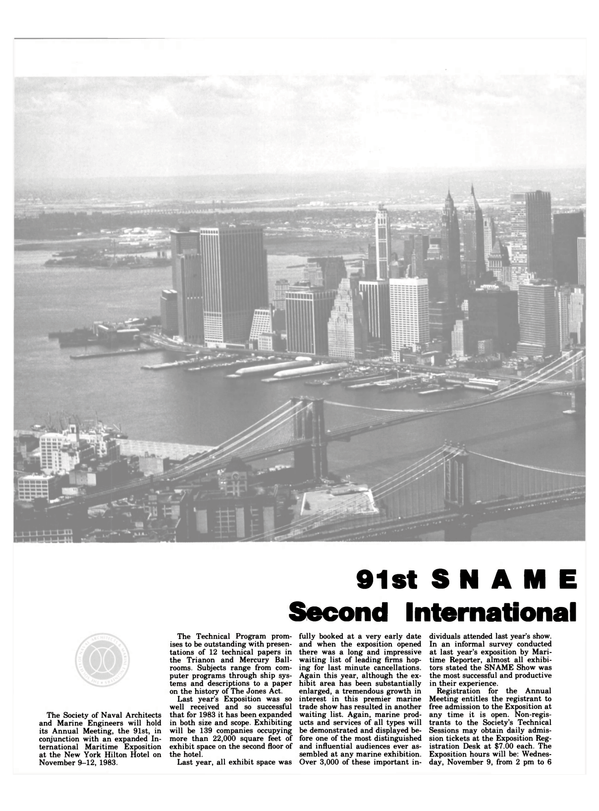