The suspension of payments (the Dutch equivalent of Chapter XI) for the ship and offshore repair yard Verolme Botlek B.V. Rotterdam and for its 100 percent subsidiary Verolme Tankcleaning Company B.V. has been lifted.

They continue their activities as independent companies, the shares of which are being transferred to a trustee. The suspension payment was imposed in February 1983 because of serious financial difficulties of the RSV holding company.

Verolme Botlek is a sound company and as such the suspension of payments was not necessary; however, as a consequence of the joint liability for certain RSV-debts, all 100 percent owned Dutch RSV companies entered into moratorium as well.

The reason that the suspension of payment lasted more than six months is mainly attributable to the extremely complicated financial and legal cross connections that existed within the RSV Group.

Also, a new starting position had to be drawn up for Verolme Botlek in order to enter the future as a strong company. The ending of the suspension of payment is based on full satisfaction of the creditors.

The Verolme Botlek yard and Verolme Tankcleaning are represented in the U.S. by Midland Marine Corporation of New York City. 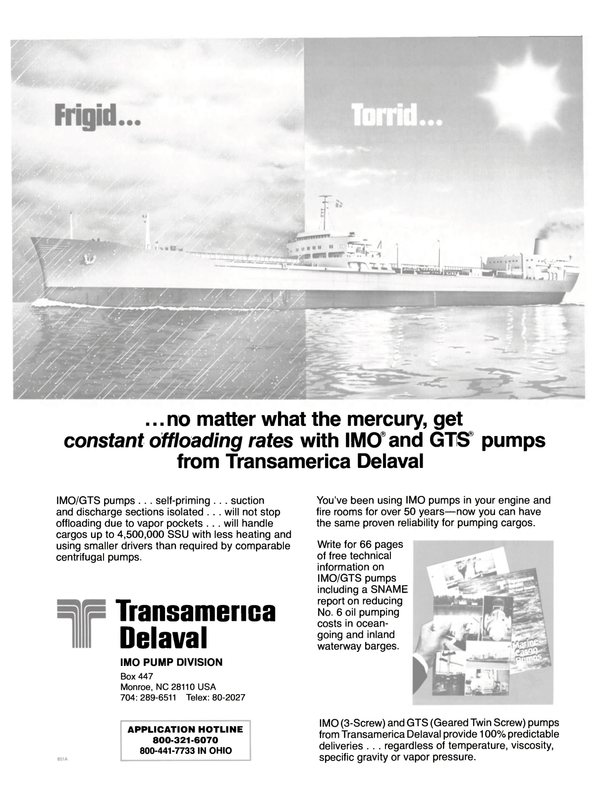