Oil production began recently from the Maureen field, 163 miles east-northeast of Aberdeen, Scotland, near the center of the North Sea.

Phillips Petroleum Company United Kingdom Limited, operator of the field, said Maureen is expected to reach peak production of about 72,000 barrels per day early next year. Maureen crude has an API gravity of 36 degrees and is produced from a reservoir about 8,000 feet below the seabed.

The platform is connected by short pipeline to a nearby articulated loading column. Two 51,000- deadweight-ton dedicated tankers, the Phillips Oklahoma and the Phillips Arkansas, have been modified for bow-loading at the column.

The Phillips Oklahoma is scheduled to handle the first cargo from the field. 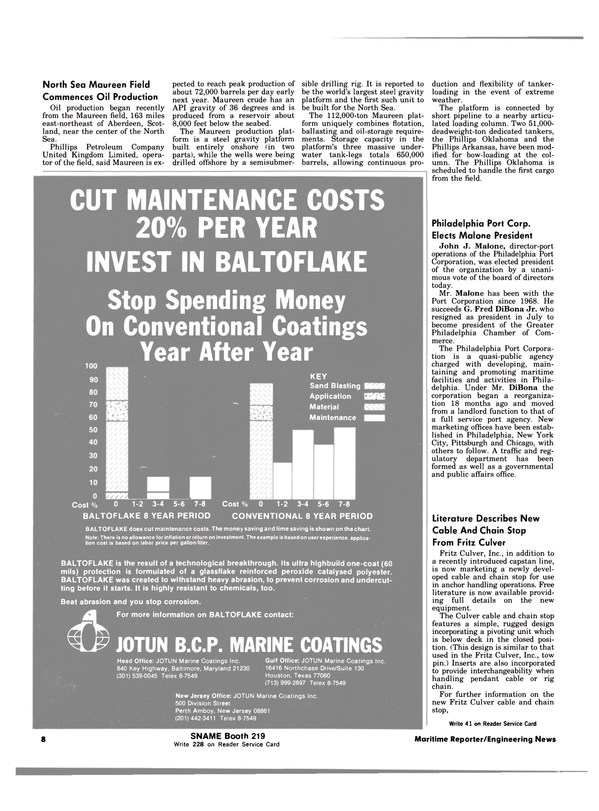