The one-year contract includes two one-year options and has a total potential value of $7,696,150.

Dr. Moyer said the work will be performed by Tracor's Systems Technology Division from its operations in Groton, Conn. The Division is under the general management of William M. Pugh, division vice president.

Mr. Pugh announced that Marshall P. Hall of the Groton Directorate has assigned Victor S. Asciolla, Surface Engineering Department director, to manage the new program. The majority of the engineering and analytical efforts will be accomplished in the Groton facilities, complemented by off-site support at Norfolk and other locations throughout the country. 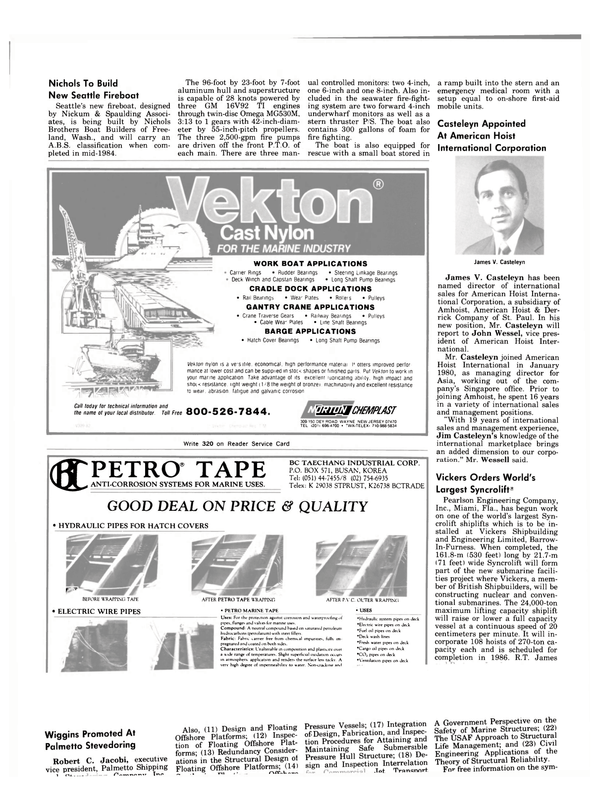