Bill W. Rice has joined American Metal Bearing Co. (AMB) of Garden Grove, Calif, as director of its recently acquired Barge Train division. He is a program management, production, and sales specialist with more than three decades of experience.

Barge Train's sole product is the Flexor, a flexible steel and synthetic rubber connector that—for the first time—enables freight barges to be closely connected for open-water operation. More than 200 Flexors are in use with the U.S. Navy and another 140 are on order.

AMB purchased Barge Train, Inc., early this year from its founder, John Marriner. The firm recently announced a marketing program to introduce the Flexor to commercial shippers with the goal of having barge trains criss-crossing the world's oceans, seas, rivers, and lakes.

Announcing Mr. Rice's appointment, AMB president Alan Ducommun said: "Bill Rice has total responsibility for the naval and commercial domestic and foreign markets for the Flexor, as well as overseeing production. This is a doubly demanding assignment, but his experience very well qualifies him for it." 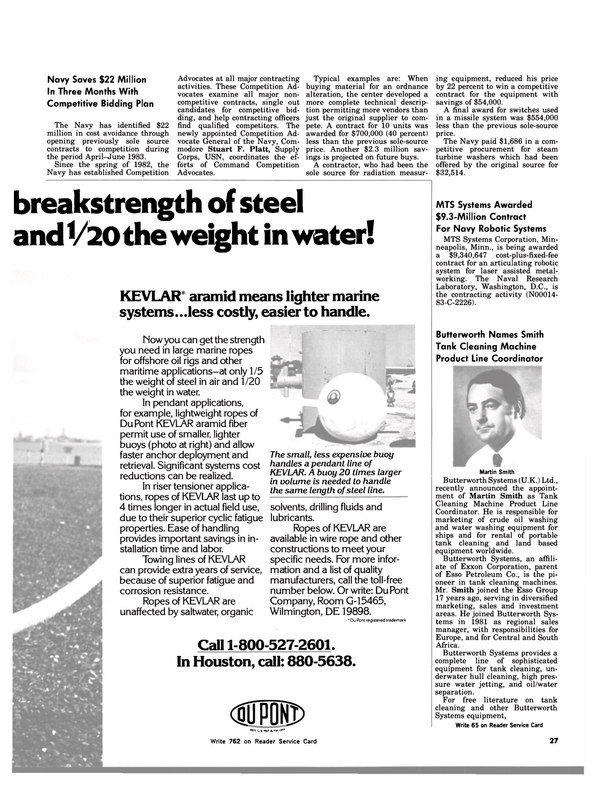