Albert C. Song, vice president/ mini-micro systems at MMS, described the package—designated Comet (Computerized Onboard Monitoring of Energy and Trends)—as "an easy-to-use system which provides operating engineers and shoreside management with a daily analysis of actual machinery performance conditions compared against standards. The data is not only useful for maintaining fuel economy but facilitates maintenance needs as well.

Mr. Song said the system includes a Hewlett-Packard HP-86 microcomputer and special software which facilitates the entry of significant data on machinery and hull performance.

He explained that the computer calculates the information entered, applying standards against very detailed operating data. A printout details the operating con- ditions and indicates whether a problem exists. The system has the capability of finding a minor discrepancy of such as a malfunctioning steam trap to a major requirement such as a drydocking for bottom work.

In describing the hardware, Mr.

He added that the computer is designed so that it may be linked to other microcomputers via data communication network systems to provide fast, low-cost transmission of information.

Comet was developed by Seaworthy Engine Systems, Inc., (SES), Essex, Conn., in cooperation with MMS. SES has been involved in providing Marine Engineering Services for the last 10 years, specializing in plant monitoring and fuel conservation.

Headquartered in Stamford, Conn., MMS has been the leader in the development and implementation of Management Information Systems in the maritime industry since 1969. 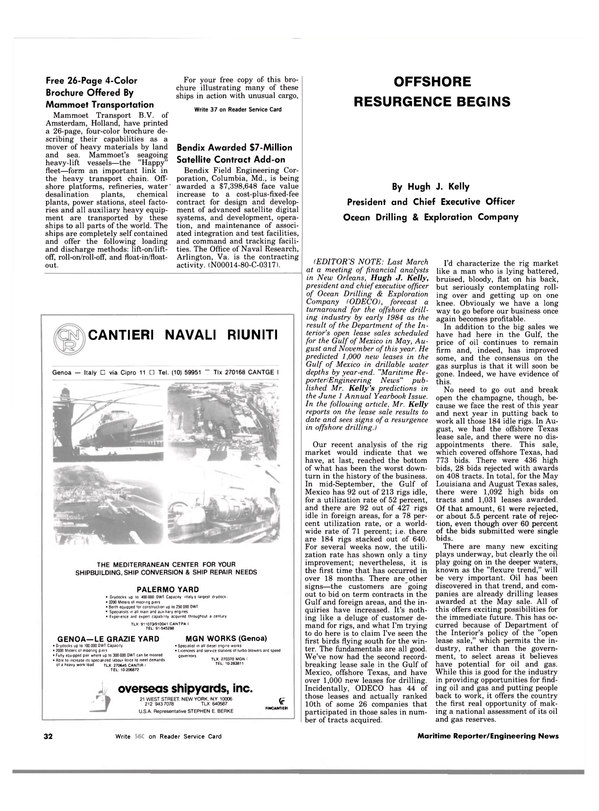