A new shipyard company, the Boston Shipyard Corporation, has formally opened in East Boston, Mass. The company has taken over the former Bethlehem Steel property, inactive since the fall of 1982.

"The presence of Boston Shipyard is a big boost to the Harbor," according to Brian Dacey, Boston's EDIC Director, and "the company will provide skilled, highpaying jobs for Boston residents and bring new life to the city's ship construction and repair industry." Boston Shipyard has hired 225 workers and over 50 percent are Boston residents. The company also plans to train 65 Boston residents in marine trades such as ship fitting, marine electrical work, welding and machinist skills.

EDIC's Boston Technical Center has received approval for funding for the 12-week program from the Neighborhood Development and Employment Agency and the Boston Private Industry Council.

Trainees would spend one day a week at the Boston Shipyard Corporation, and at the end of 12 weeks, would work full time at the company.

The company is presently expanding to include 43 adjacent acres with four deepwater piers (40-foot depth) and approximately 150,000 square feet of covered new construction facilities. This will enable Boston Shipyard Corporation to design and construct various types of ships, tugs, and barges up to 600-feet in length, utilizing the newest modular ship construction techniques.

For free literature fully describing the facilities of Boston Shipyard and the type of design, new construction, repair and overhaul work conducted at the new yard, Write 2 1 on Reader Service Card 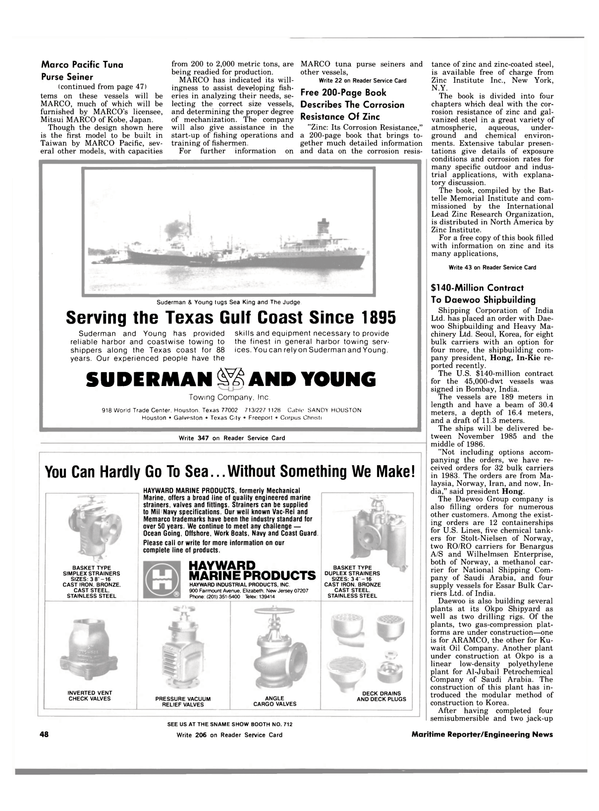