The Navy has identified $22 million in cost avoidance through opening previously sole source contracts to competition during the period April—June 1983.

Typical examples are: When buying material for an ordnance alteration, the center developed a more complete technical description permitting more vendors than just the original supplier to compete.

A contract for 10 units was awarded for $700,000 (40 percent) less than the previous sole-source price. Another $2.3 million savings is projected on future buys.

A contractor, who had been the sole source for radiation measur- ing equipment, reduced his price by 22 percent to win a competitive contract for the equipment with savings of $54,000.

A final award for switches used in a missile system was $554,000 less than the previous sole-source price.

The Navy paid $1,686 in a competitive procurement for steam turbine washers which had been offered by the original source for $32,514. 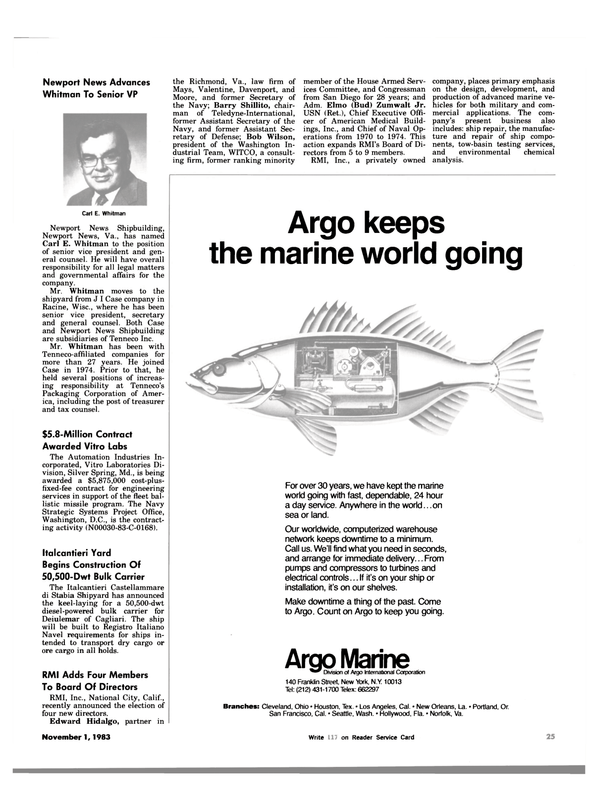