Hans Gade's American Harbour Pilot has now been published in a new updated edition—the third in the series.

The appearance of the book is the same as the previous editions; however, the 1,100 pages which describe more than 700 harbors and ports of call in North, Central and South America, supplied with detailed harbor plans, are filled with new information.

In the American Harbour Pilot shipbrokers, shipping companies and others find valuable information about position, entrance, anchorage, harbor and cargo handling facilities, documents required, communication etc. The majority of the harbor descriptions are accompanied by detailed charts which give a clear picture of each area. 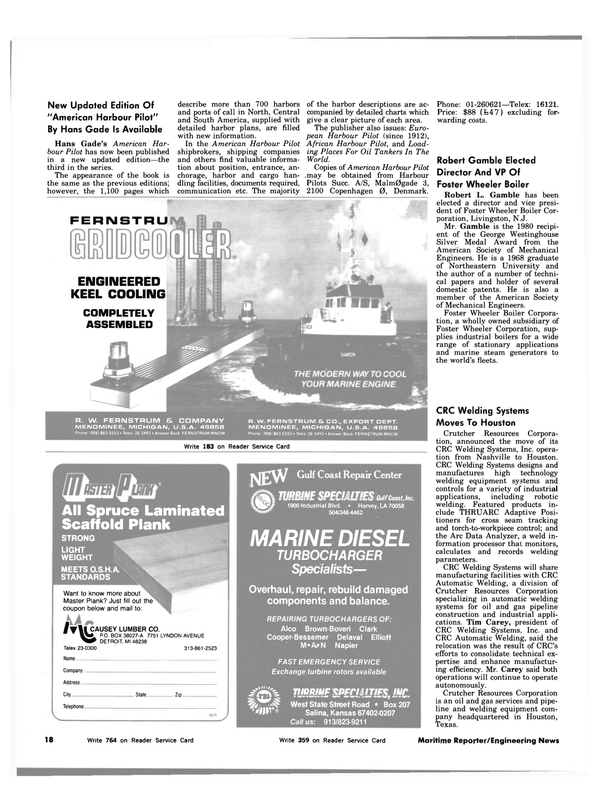