Paul A. King has been promoted to division manager of Sonat Offshore Limited, major operating subsidiary of Sonat Offshore Drilling in the North Sea. He joined Sonat Offshore Drilling in 1976 as a trainee in the North Sea, and was then assigned to the Discoverer Seven Seas deep-water drillship project under construction in Japan. Since then he has served in several capacities, including technical supervisor, division engineer, and assistant division manager of the Discoverer Seven Seas during its worldwide drilling operations. Based in Aberdeen, Scotland, Mr. King will have responsibility for the company's drilling operations primarily in the U.K. sector of the North Sea.

Sonat Offshore Limited, with offices in London, is engaged in international contract drilling of oil and gas wells. Sonat Offshore Drilling, headquartered in Houston, is a wholly owned subsidiary of Sonat Inc., and is one of the largest international offshore drilling contractors.

It is aggressively seeking to strengthen its presence in the North Sea and other European areas. 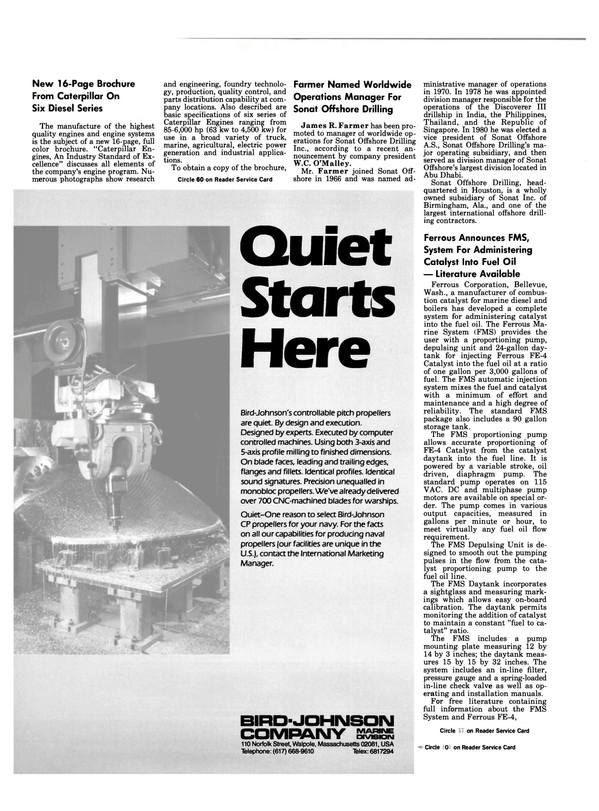