Eller & Company, Inc., headquartered in Fort Lauderdale, announces the appointments of Robert J. Flint as senior vice president in charge of all stevedoring and terminal activities in South Florida ports, including operations at Tam- pa, Miami, Port Everglades, and Port Canaveral, and Ben E. Mercer as senior vice president for the Middle Atlantic area, including the ports of Jacksonville, Savannah, Norfolk, and Wilmington. In making the announcement, Eller president Arthur C. Novacek noted that these two appointments will allow an effective direction to the company's activities in these areas.

Mr. Flint, who previously held senior management positions with Pittston Stevedoring Corporation and South Atlantic Terminals, Inc., joined Eller in 1981 at its Jacksonville location, and most recently served as vice president in charge of Tampa operations.

Mr. Mercer began his career with Eller in 1974 as local manager for the Savannah office. Since that time he has held senior management positions within the Middle Atlantic area.

Mr. Flint will continue to be headquartered in Tampa, and Mr.

Mercer in Savannah, with both executives reporting directly to Mr. 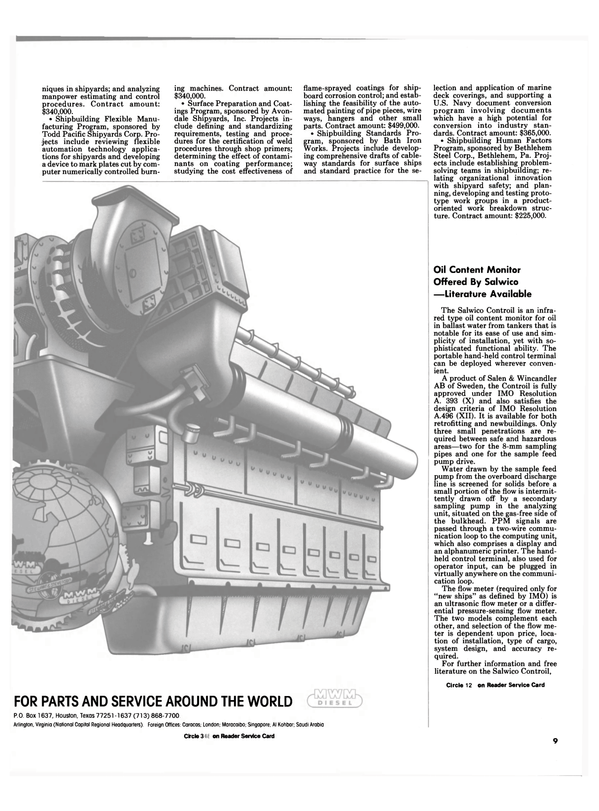