Veson Computer Systems of New York, N.Y., which specializes in the design and installation of computerized marine management systems, is offering a media folder that contains literature on the various specially developed shipping programs it has available.

Included in the literature is an article on computers that explains why Veson chose the particular hardware it did for what is said to be "a highly impressive, integrated package which is attracting increasing attention from ship operators and brokers." The micro is described as a compact desk top unit that can either stand alone or be clustered with up to 16 other units with each yard disk workstation having its own independent processor, memory and optional storage.

The article says that having such flexible power available, Veson has developed a range of software that is extremely sophisicated in capability but still user friendly.

All Veson packages are said to have been designed to be flexible, versatile, and easy to use. No previous computer experience is required, and the typical office employee can learn to operate the system effectively within just a few hours.

For further information and a free copy of the literature on Veson Computer Systems, Circle 15 on Reader Service Card 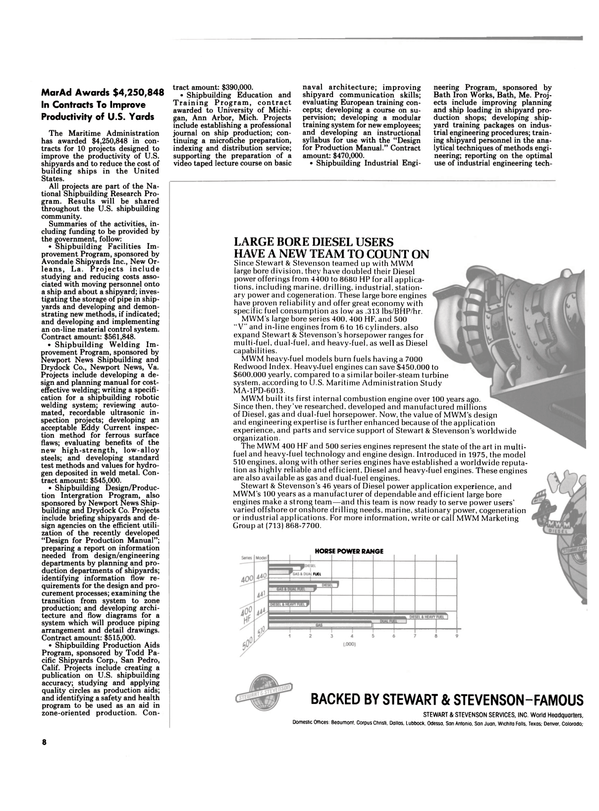