Renk of Augsburg, West Germany, has available new literature on the Renk-Constant-Frequency (RCF) gear unit. The publication states that all shipowners ask for more cost-effective power generation onboard than was formerly possible, and one answer is the Renk- Constant-Frequency gear "RCF System." The RCF System features a differential epicyclic gear and a Renk Controller. An epicyclic gear unit with hydrostatic or electric superposition enables the generation of economic current onboard by the large diesel engine of the main propulsion plant.

However, the RCF System is also used with controllable-pitch propellers and in medium-speed diesel engine propulsion systems.

With the aid of the RCF System, the economy of the low-speed marine diesel engine is extended to include power generation onboard.

For a copy of the literature and further information, Circle 17 on Reader Service Card 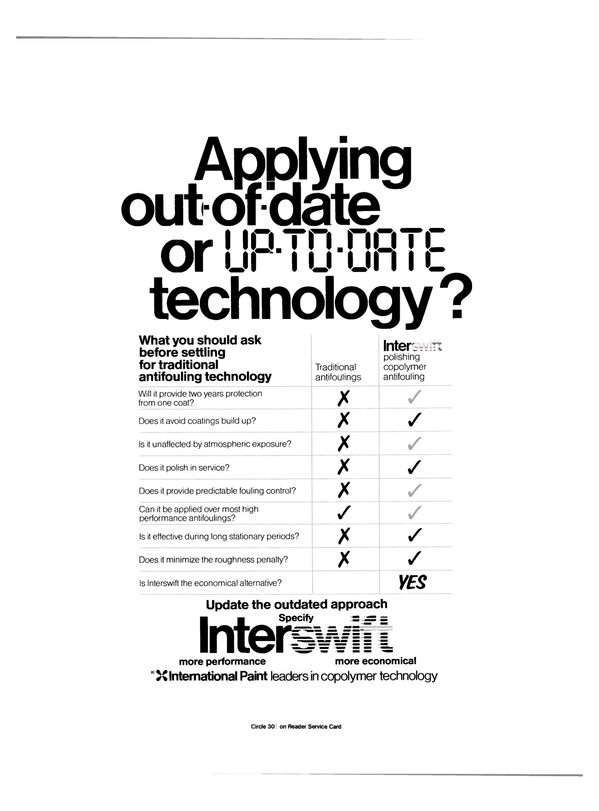