Sperry Corporation has announced the development of a high accuracy, deepwater integrated navigation system for use aboard seismic exploration vessels, and is now offering this system to potential users of such equipment.

A major advance in the Sperry system is a dead reckoning subsystem which uses a Sperry-developed parametric array doppler sonar. This sonar is capable of obtaining ship speed over the ocean bottom in depths of up to 6,000 feet. The subsystem also uses dual Sperry high accuracy MK 29 Mod 1 gyrocompasses with velocity outputs.

All data processing for the system is performed by a 32-bit computer with a five megabyte disc memory. The computer program uses 152,000 words of memory. In addition to navigation information, the system provides guidance to the ship's crew for optimum approaches to designated survey lines, and provides input to the ship control system to permit the ship to remain on survey lines. Data logging on two magnetic tape drives is also provided. The system is controlled from any of four CRT terminals.

Among the key features of the ship's navigation system is the use of two Sperry CAS II collision avoidance systems which have been specially modified to display the position of the seismic streamer.

For free copies of the literature on this new navigation system, Circle 82 on Reader Service Card 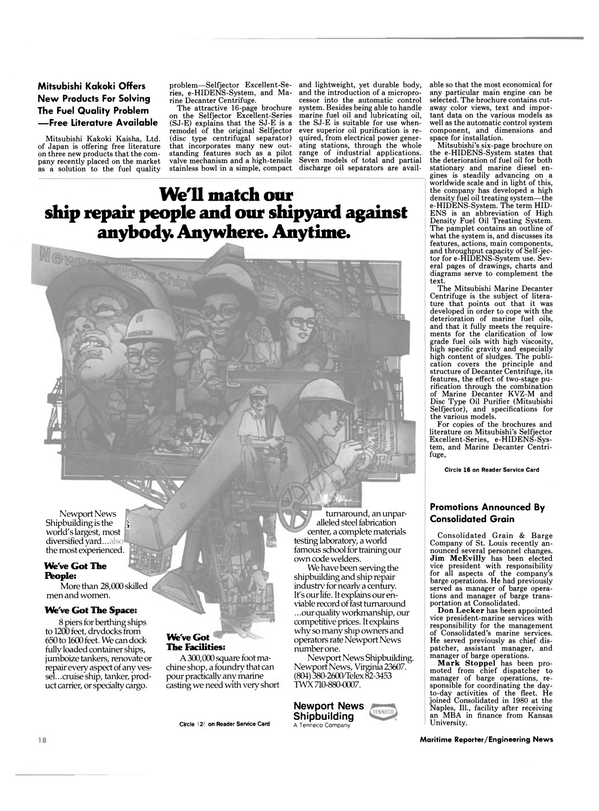