—Literature Available Premium Blue, a new premium grade 15W-40 diesel engine lube oil from Cummins Engine Company of Columbus, Ind., is now available in the Southeastern states, company officials reported as they announced a test marketing plan that will result in national distribution of the oil by mid-1985.

This launch is Cummins' first major step in a program to provide operators of diesel engines with a lubricating oil designed specifically to maximize the performance of their engines," said Don Carver, product manager-lubricants, and the architect of the Premium Blue engine oil project.

"The project has resulted in the development of a unique combination of oil base stock, viscosity improvers, detergents, and stabilizing additives to create a premium multigrade oil more than 30 percent better than the typical multigrade oil on the market today," Mr. Carver said.

Premium Blue is specially blended to provide cold starting protection in temperatures as low as —13 F; laboratory tests have shown less oil consumption until overhaul of an engine and up to 30 percent more miles between overhauls as a result of improved lubrication and superior protection against oxidation and wear. 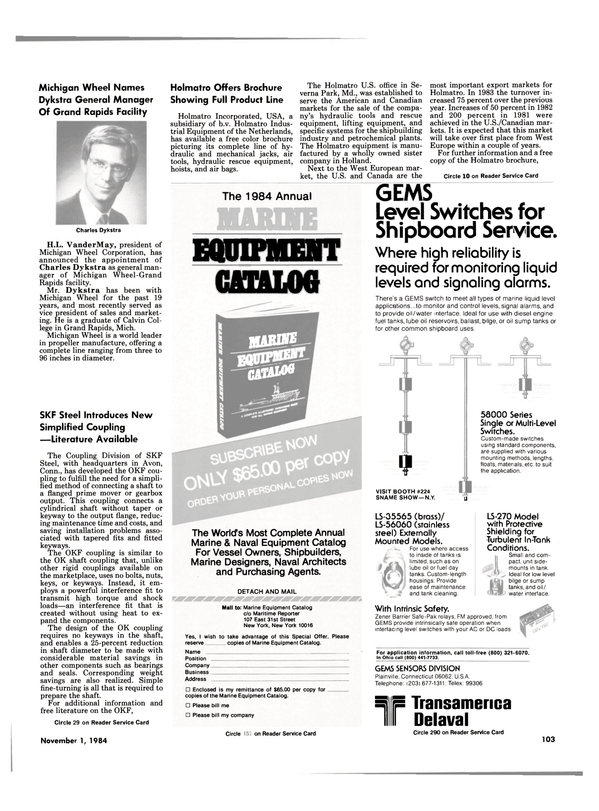