Bender Shipbuilding & Repair Co., Inc., Mobile, Ala., recently announced that it has been awarded the regular overhaul of the USS Pensacola (LSD-38). The contract, valued at $9,670,000, was awarded by the Supervisor of Shipbuilding, Conversion and Repair, Portsmouth, Va. It will be administered by the Pascagoula, Miss., office of SUPSHIP.

Senator Jeremiah Denton and Congressman Sonny Callahan of Alabama were pleased to note that peak employment on the overhaul is expected to exceed 160 jobs, including three major subcontractors from the Mobile area.

The USS Pensacola, a "landing ship, dock," is 562 feet in length by 84 feet in width. It is used for amphibious landings. The vessel is expected to arrive in Mobile in late August and will be in port approximately nine months. The total contract duration will exceed 10 months. 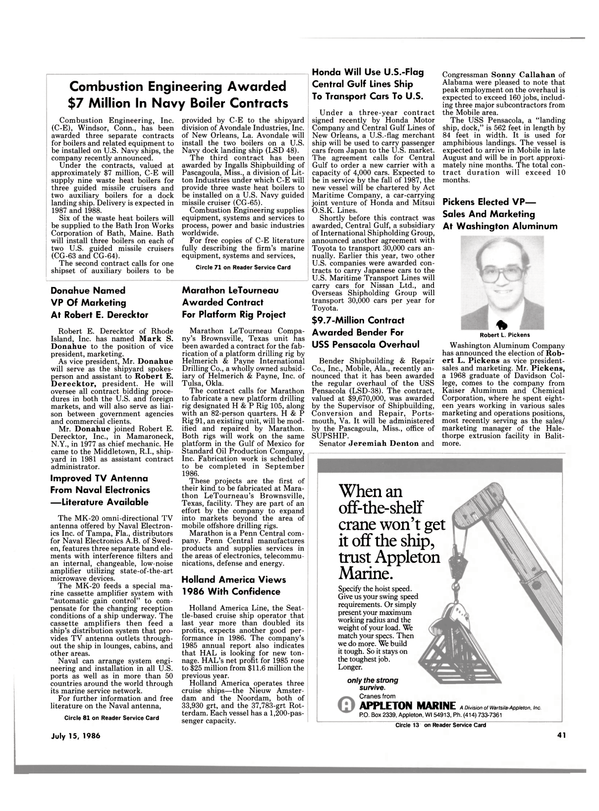