Lorenz, Trotter And Waldorf Named To Zapata Board Of Directors

Trotter and Kenneth W. Waldorf were elected to the board of directors of Zapata Corporation of Houston at the recent annual stockholders' meeting. All will serve three-year terms expiring in 1989.

Mr. Lorenz has been a member of the board since 1979. He retired in 1969 as general manager of research and development for the marketing, transportation and manufacturing departments of Shell Oil Company.

Mr. Trotter, a new member of the board, is an attorney and private investor.

Also a new member of the board, Mr. Waldorf is chairman and chief executive officer of Zapata Gulf Marine Corporation, a position he assumed when Zapata Gulf was formed in 1984. From 1983 to 1984 he was president of Zapata's offshore drilling subsidiary. He joined Zapata in 1973, and served as president of the company's marine service subsidiary from 1974 to 1983.

From 1984 to 1985 he was also senior vice president-marine operations of Zapata Corporation. 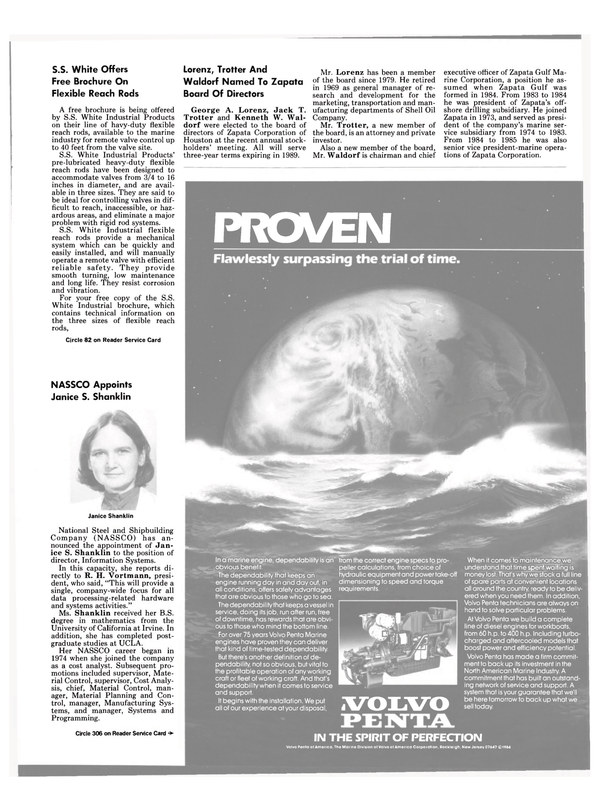 Read Lorenz, Trotter And Waldorf Named To Zapata Board Of Directors in Pdf, Flash or Html5 edition of July 15, 1986 Maritime Reporter