Bailey Controls, Wickliffe, Ohio, has announced the following appointments in its domestic sales operation: William T. Heist has been named manager of the newly formed Northeast Sales Region, which was created by the merger of the Eastern and Allegheny Sales Regions.

Mr. Heist joined Bailey Controls in 1955 and has served in numerous sales capacities, most recently as the Eastern Regional manager.

John H. Sledge, Allegheny Region manager, has been named as the new sales manager for the Western Region and will be based in Los Angeles. Mr. Sledge joined Bailey in 1982.

Charles Kaliszewski has been promoted to manager of sales operations for Bailey Controls. He has been with the company since 1985 and headed its Market Research Group.

Bailey Controls, a division of Babcock & Wilcox, a McDermott company, is a major worldwide supplier of instrumentation, controls and computer systems. 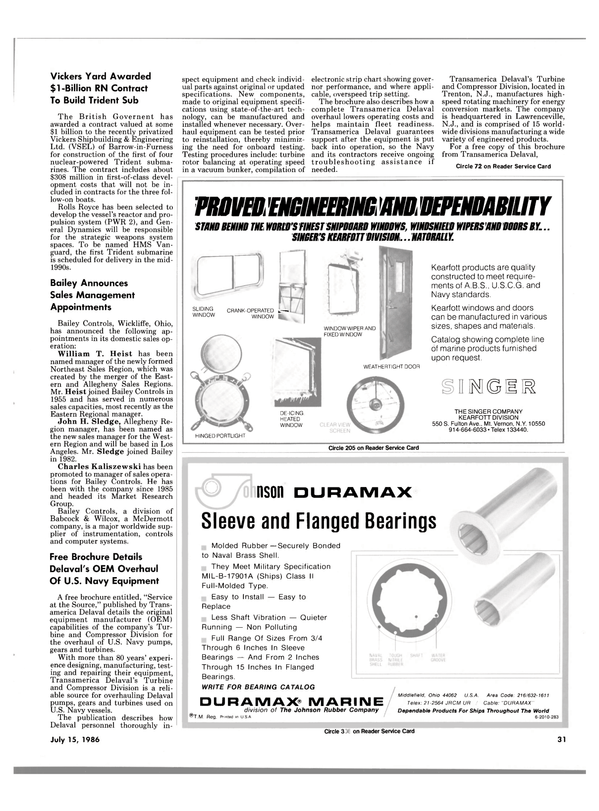