Automobiles being imported from Japan and South Korea through the Port of Portland (Oregon) have grown to a record rate of 1,000 units a day during recent months, and are expected to soar even higher during the coming months. Executive director Lloyd Anderson reports that Toyota, one of three major car builders using Portland as a port of entry, expects to ship in a total of 100,000 vehicles during the fourmonth period beginning in June.

The other car builders using the Port of Portland are Honda, and beginning this year Hyundai of South Korea.

Port officials estimate that each vehicle moving through Portland adds $200 to the local economy. 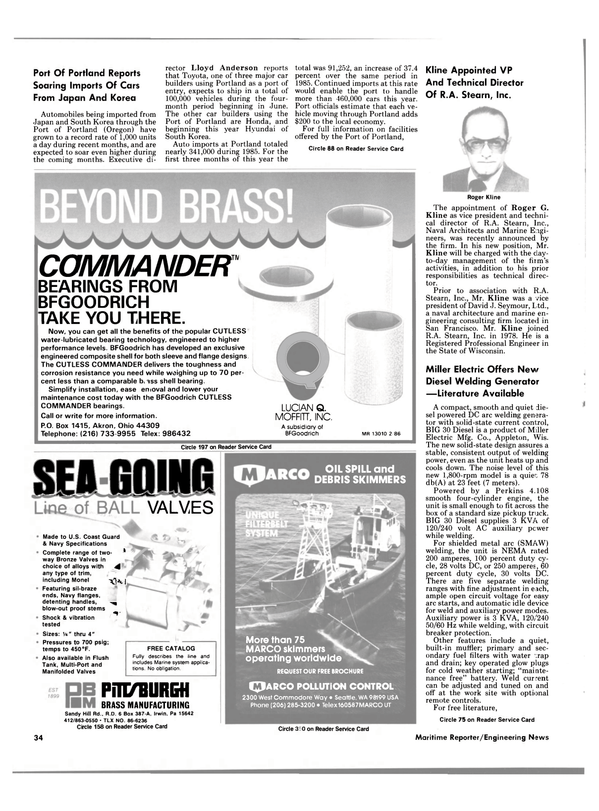 Read Port Of Portland Reports Soaring Imports Of Cars From Japan And Korea in Pdf, Flash or Html5 edition of July 15, 1986 Maritime Reporter