The cargo access equipment for two car/truck carriers to be built at a major shipyard in the People's Republic of China for West German operator Christian F. Ahrenkiel will be Mac- Gregor-Navire designed. Each 3,700-car capacity vessel will be fitted with an extensive access shipset that, in addition to the heavy-duty stern and side ramps, will include water/gastight doors, internal ramps, two complete liftable decks, and two mobile deck lifters.

The equipment order was placed with MGN's Hong Kong office by Jiangnan Shipyard, one of the PRC's larger yards located in the port of Shanghai. Considered to be well equipped, Jiangnan will have the distinction of supplying the first large car carriers of modern design to be built in China. Both vessels are included for delivery in the first half of 1988.

Designed by the Bremen office of the Swissbased naval architect Maierform, each carrier will be able to load, besides cars, heavy vehicles over her 70-ton capacity MGN stern ramp, and up to 360 TEU in containers. To accommodate the 3,700 cars, there will be a total cargo area of 32,400 cubic meters distributed over nine decks.

This includes the internal ramps and the 8,100- cubic-meter area provided by the two complete liftable decks that are being supplied in panel form by MGN. 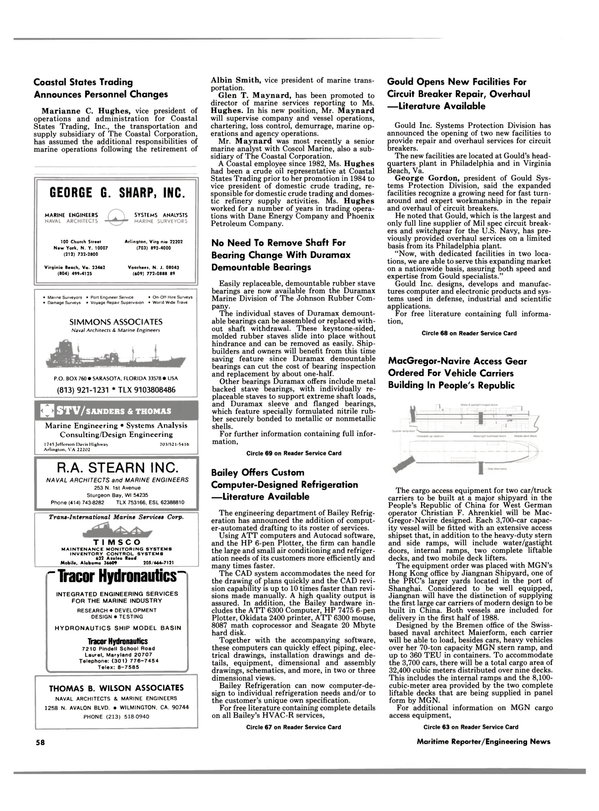