James H. Sanborn has been elected president of Sonat Marine Inc. of Philadelphia. The announcement was made by Ronald L.

Prior to joining Sonat, he held executive positions with other marine transportation companies.

He is a graduate of the U.S. Merchant Marine Academy. Following service in the Navy and merchant marine, he earned an MBA degree from the University of Pennsylvania's Wharton School of Business.

Sonat Marine is one of the largest independent marine carriers of petroleum products in the U.S. The company operates a fleet of 42 tank barges and 33 tugboats to transport crude oil and refined petroleum products along the Atlantic and Gulf Coasts. 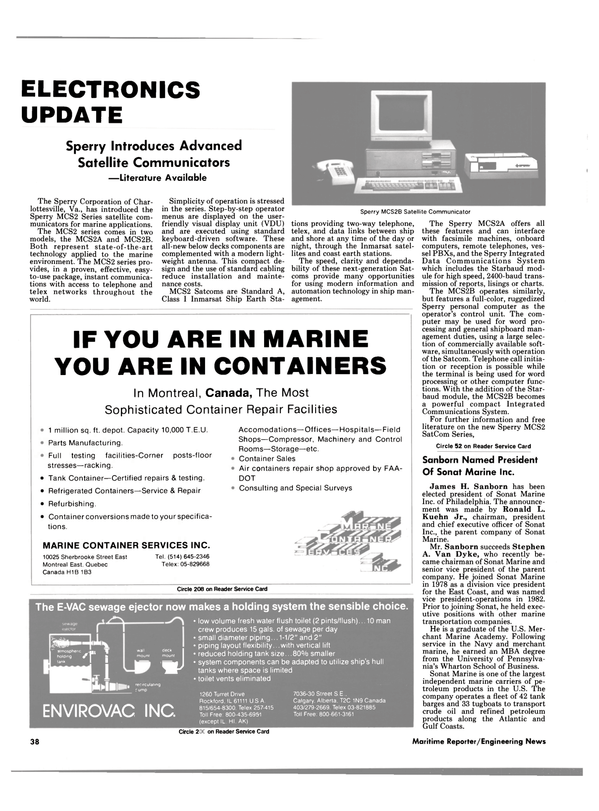