Valmet Automation Gets Order For Eight Damatic Systems From Yugoslavia

Valmet Automation a.s. in Norway recently received an order for eight Damatic marine automation systems to be delivered to the Yugoslav shipyards Split and Uljanic.

These systems include monitoring as well as control functions of the propulsion machinery and electrical power station, and are based on the same technical concept as the several ships now in service with reduced crew complements.

During the past few months, Valmet Automation has received orders for 17 ships—the eight for Yugoslav yards, seven for South Korea, one for Finland, and one for Norway.

As a result of the contracts in Yugoslavia, a similar agreement has been signed with the Yugoslav company Rade Koncar.

Valmet came on the market in 1983 with a new concept for ship automation, replacing the six to eight traditionally separate systems with one multi-functional system, the Damatic Marine System, combining monitoring and control of the ship's propulsion and cargo gear into a microprocessor-based hardware concept with color video display units in the control room. 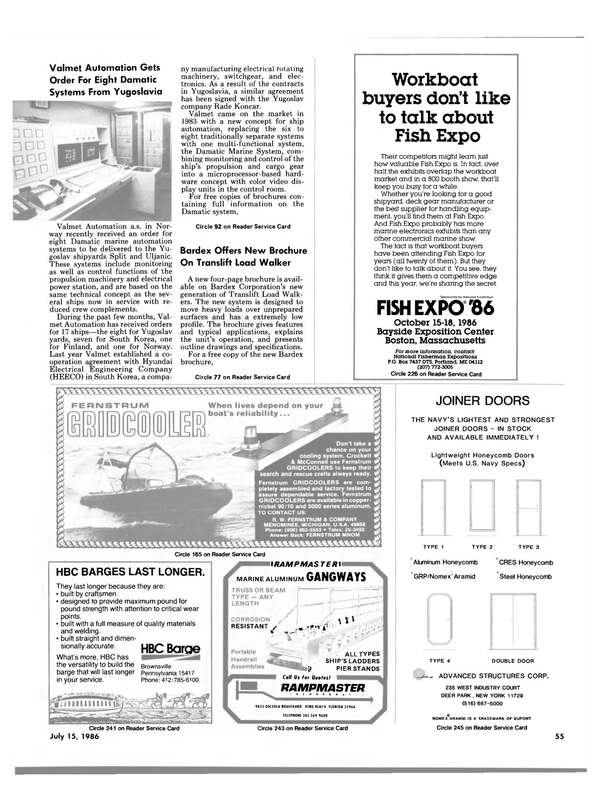