Mr. Baker, who has been with Sea-Land for 23 years, was previously group vice president-Atlantic.

He will be responsible for operations and marketing for the five major trades served by the containership operator, one of the world's largest.

John R. Pyron will continue as executive vice president but will also be responsible for the company's Alaska division and its Americas division; the latter division services Central America and the Caribbean. 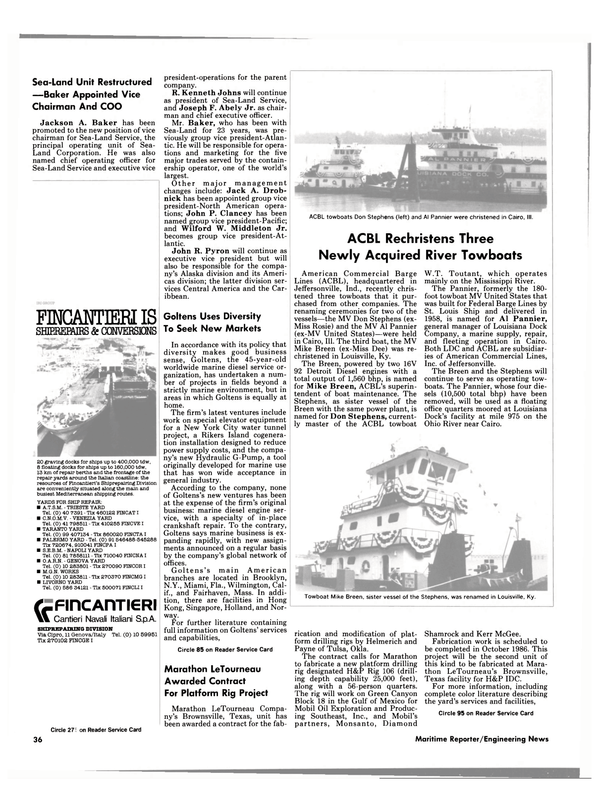