The House of Representatives recently passed the Marine Machinery Association's amendment to the FY89 Department of Defense Authorization bill requiring that critical spare parts for ships meet the same qualification standards and quality control levels as the originals.

As originally drafted, the Authorization bill required only that aircraft spare parts meet these standards.

MMA members received a special report dated April 15, 1988, which detailed how Congressman Frank McCloskey gave his support for broadening the bill to include ship spare parts.

Under the procedures governing House consideration of the Authorization bill, the amendment was grouped with other noncontroversial amendments, which were then offered as a package by Congressman Les Aspin, Chairman of the Armed Services Committee. The vote on passage of these amendments, including MMA's amendment, was 367-4.

For more information on the Marine Machinery Association, Circle 21 on Reader Service Card 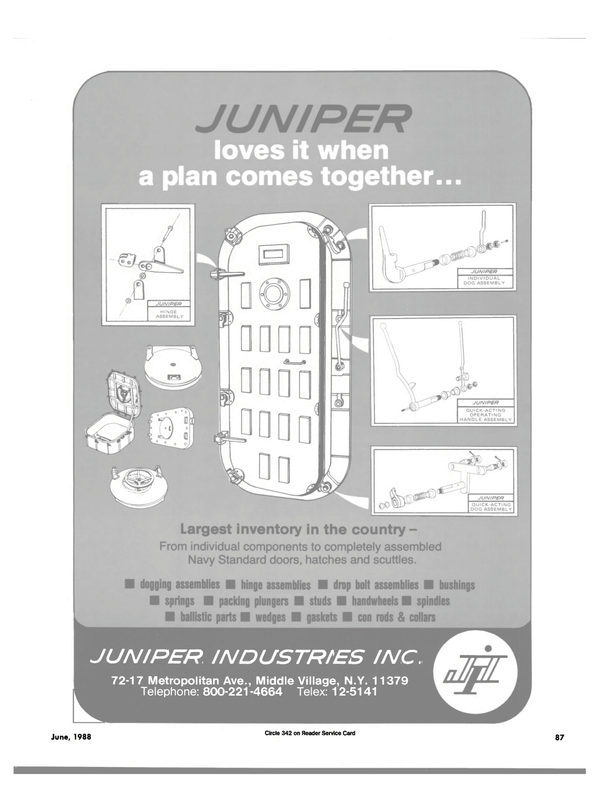