The Normandy is 567 feet long, has a beam of 55 feet and displaces 9,500 tons. The cruiser is powered by four GE LM2500 gas turbine engines, which enable the vessel to attain speeds in excess of 30 knots.

The principal speaker at the ceremony was John Sheldon Doud Eisenhower, son of the late President Dwight D. Eisenhower.

The Normany is a Ticonderoga (CG-47) Class cruiser built to provide the primary anti-air warfare protection for the U.S. Navy's battle forces. Equipped with the Aegis combat system, the ship will be able to detect, track and destroy enemy aircraft, missiles, submarines and surface ships.

The Normandy is named in commemoration of the invasion of the Normany, France beaches by the Allied Expeditionary Force during World War II. She is the first U.S.

Navy ship to bear that name. 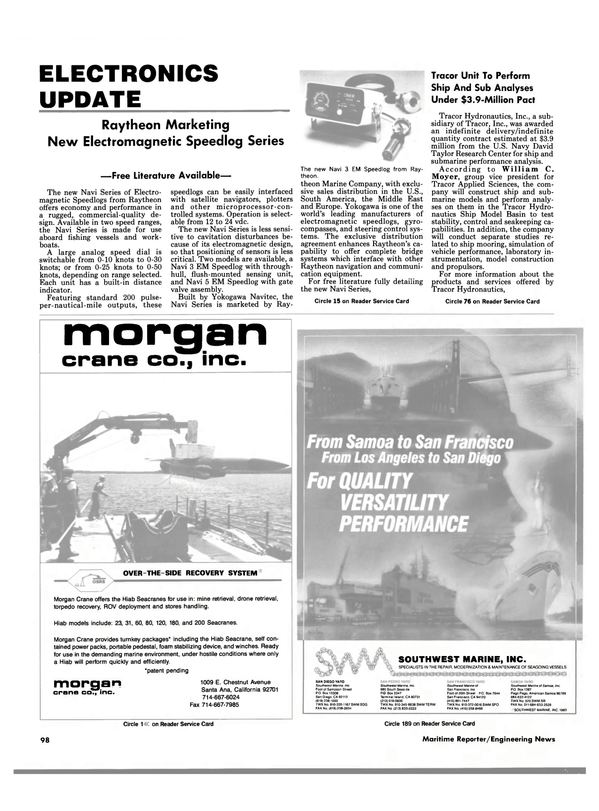