The 192-foot Spirit of Chicago was recently christened at Blount Marine Construction in Warren, R.I. The luxury dinner cruise vessel is the seventh in the 'Spirit' line constructed for Cruise International of Norfolk, Va.

The Spirit of Chicago underwent two weeks of final preparation prior to its departure for Chicago. The vessel sailed down the St. Lawrence Seaway and through Lakes Ontario, Erie, Huron, and Michigan on its way to its debut in late April as one of Chicago's premier harbor cruise vessels.

The Spirit of Chicago will carry a crew of 75, who will be responsible for vessel operation, food, three custom- made bars and the "Salute to Broadway" revue entertainment feature. Dining service on three glass-enclosed, climate-controlled decks will be provided for 600 passengers.

Richard D. O'Leary, president of Cruise International/C.I. Travel Centers, recently announced the construction of five new dinner cruise vessels over the next two years. He estimates that the seven Spirit vessels will carry approximately 1,200,000 passengers in 1988.

The ships of the Spirit fleet provide the combination of a sightseeing tour, cabaret entertainment and dining in the cities of Boston, New York, Philadelphia, Washington, D.C., Norfolk, Va., and Miami, Fla.

The first of the five newly constructed ships is scheduled to be ported in Los Angeles. 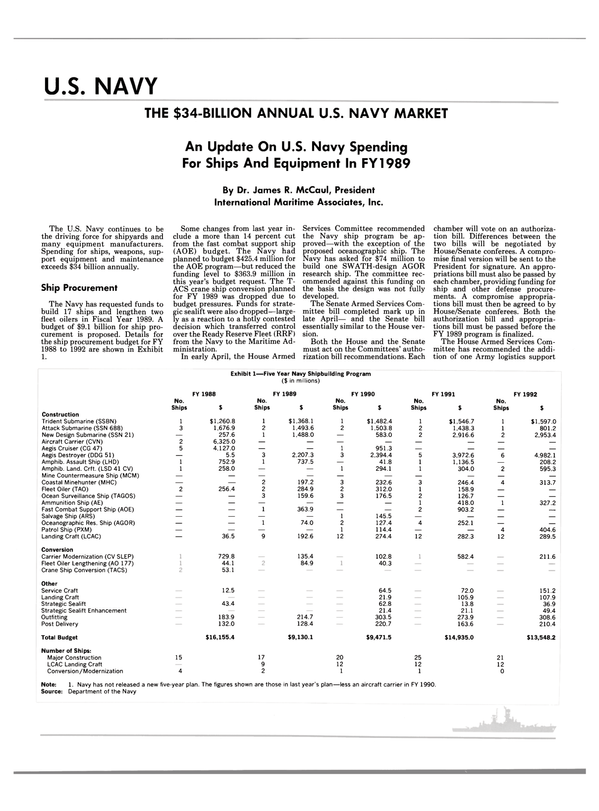