Peterson Builders, Inc., has been awarded a $4,374,800.00 contract to administer the acquisition of nonstandard materials for marine and aviation systems for the U.S. Navy and Foreign Military Sales (FMS).

The one-year contract has options which would extend its duration to 5 years.

This contract, known as Simplified Acquisition of Part Numbered Items, is a parts replacement activity formerly handled by the Navy and its award to a contractor is part of the government's continuing privatization efforts.

PBI will locate manufacturers of the required parts for naval ships and aircraft, purchase and receive the items, inspect for quality, and in some cases, inventory the supplies before forwarding to the buyers.

16,000 parts for the U.S. Navy and 7,000 items for Foreign Military Sales will result in PBI purchases of between $10 and $12 million dollars during the first year of the contract.

PBI will carry out the central procurement services as a fully automated computerized effort. Sixteen additional personnel will be required in the areas of purchasing, accounting, material control and warehousing.

The contract has options for two additional years for a $13 million similar procurement package for U.S. Navy and FMS requirements.

A second option is for a two-year program purchasing 7,000 items for FMS sales alone at a cost of $6 million per year.

PBI general manager, Tom Kerley, noted that Peterson Builders won the contract over stiff competition, and that the contract award enhances the firm's position in becoming a complete logistics support center for the U.S. Navy and NATO naval forces. 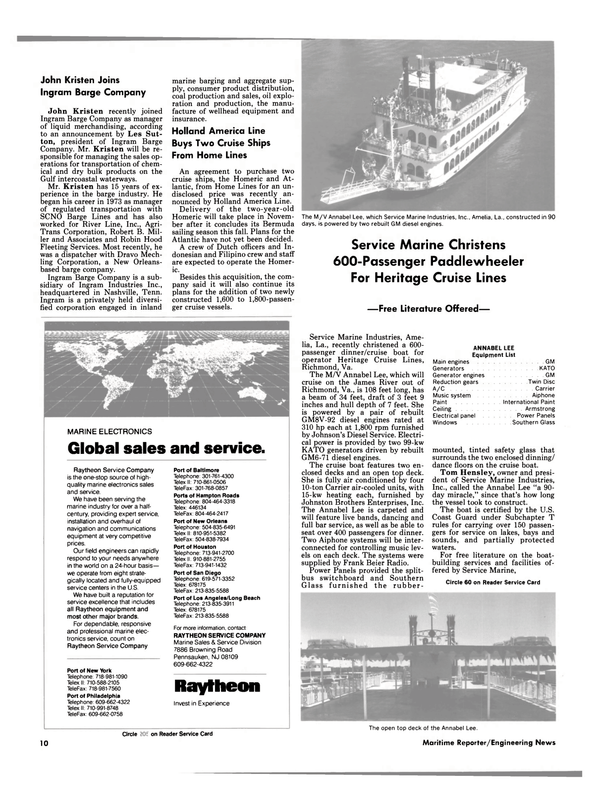