—Literature Available A significant milestone will be reached for Golar Metal, Inc., when Pennsylvania Shipbuilding installs the Golar GS500 Marine Incinerator aboard the second T-AO-187 Class Fleet Oiler, the Benjamin Isherwood (T-AO-191), which is under construction at the yard. The installation will mark the 1,000th delivery of a Golar marine incinerator.

In addition, the GS500 Incinerator, which has been specified for the entire T-AO-187 Class, is being installed aboard six Canadian patrol frigates, the first of which is nearing completion at Saint Johns Shipbuilding Ltd., New Brunswick, Canada.

On December 31, 1988, new regulations (Annex V to Marpol 73/78) will become effective internationally internationally, which will concern the disposal of solid waste at sea and restrict the areas where certain wastes can be disposed, especially plastics. The new regulations have increased inquiries concerning Golar incinerators, since the units are designed to be easily retrofitted to existing ships. 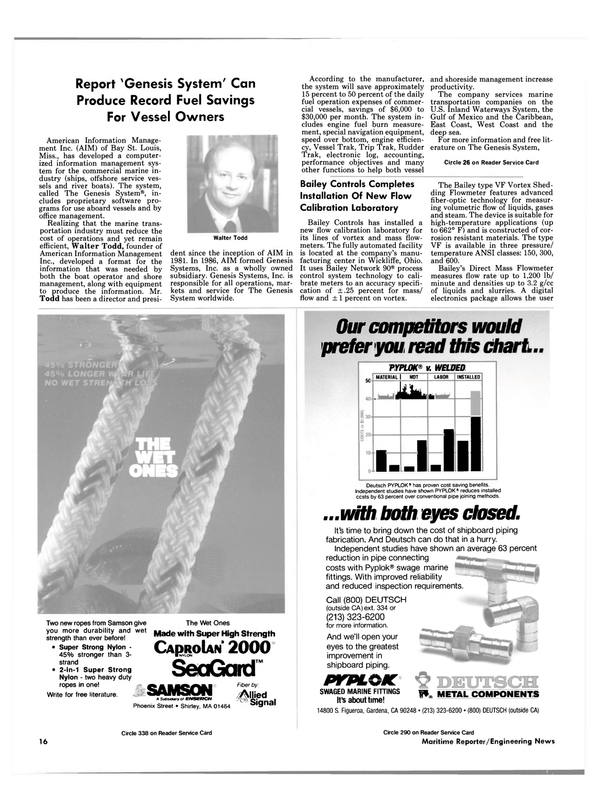