John M. Stebbins has been named vice president, sales and marketing, U.S., of Alco Power Inc., a subsidiary of Bombardier, Inc., of Montreal, Canada. The announcement was made by Roland Gagnon, president of the Rail and Diesel Products Division of Bombardier.

In this position, Mr. Stebbins will be responsible for the sales and marketing of the Alco 251 diesel and the Alco 2151SI spark-injected engines in the United States. He will be establishing the U.S. sales headquarters in Norfolk, Va. This facility will also house Alco's new service, training and distribution center.

Navy, where he was a naval aviator.

The Alco 251 diesel is utilized in applications which include locomotive traction, marine propulsion and stationary power in powers ranging from 1,000 to 4,000 ghp. The newly developed Alco 2151SI spark-injected engine meets the most stringent antipollution standards.

Alco's parent company, Bombardier, Inc., is a Canadian corporation active in both the transportation equipment and the aerospace industry.

It acquired Alco in 1984. The division has sales offices in Washington, D.C., and Houston, Texas. 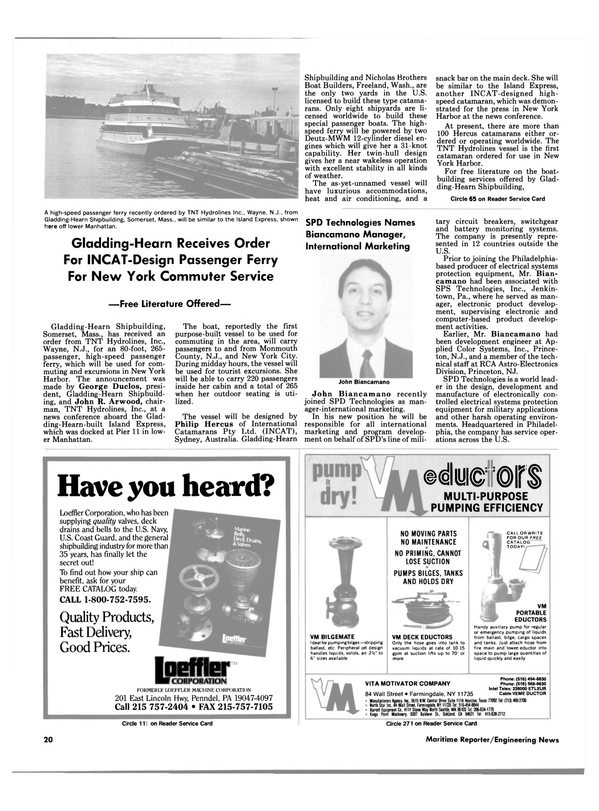