The Workboat Division of MonArk Boat Company in Monticello, Ark., recently delivered a new 28-foot aluminum patrol boat to the Marine Police of the Department of Natural Resources and Environmental Control near Little Creek, Del. This new boat is based on the 28-foot "Protector" hull design which was developed by MonArk and features an aluminum superstructure offering a large enclosed cabin which will house electronics and provide shelter for two officers during patrol missions.

The Protector hull was selected for this patrol role because of it shallow draft, rugged construction and performance characteristics proven during testing of previous 28-foot Protectors built for the Coast Guard, the U.S. Navy and state agencies.

Based in Lewes, Del., the boat will be used to conduct law enforcement and search and rescue missions in the Delaware Bay and Atlantic Ocean front.

Powered by two Yamaha V-6 outboard motors rated at 225 horsepower each, the boat performed at speeds of up to 48 mph (42 knots) during builder trials conducted in the Arkansas River.

Other features include a raised sheer forward for increased freeboard, bow deck safety railing, recessed after deck and shallow gunwales for small boat inspection, extruded rubber bumper installed at the sheer and on the hull sides, and a heavy-duty tow post for use when assisting disabled vessels. A 100-gallon fuel capacity was provided with installation of two independent 50-gallon aluminum tanks.

At the present, MonArk's Workboat Division is building 26-foot personnel boats and 41-foot patrol boats for Naval Sea Systems Command in Washington, D.C., in addition to other craft now under construction for various government and commercial accounts.

For more information and free literature on the Workboat Division of MonArk Boat, Circle 68 on Reader Service Card 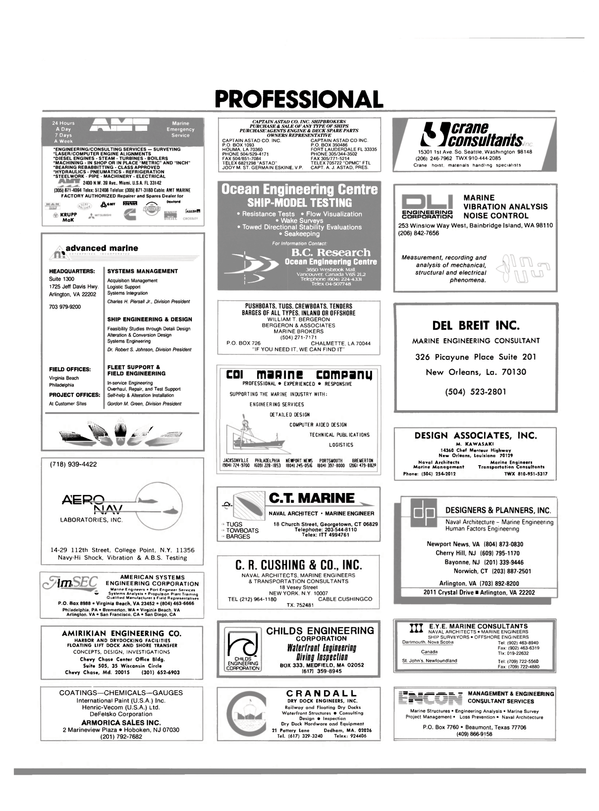