Triple Lugger L6140As, rated for 550 hp at 2,100 rpm, and coupled to three Hamilton 1031 jets power the Yukon Queen at 30 knots. Aside from the main propulsion system, the roomy engine compartment holds two auxiliary 8 kw diesel generators, six 8-D batteries for the 24- volt electrical system, and one battery for the 12-volt emergency electrical system. Three diesel tanks for a total capacity of 1,150 gallons will allow the vessel a range of about 450 miles.

The pilothouse, located forward on the upper passenger deck provides the skipper with 360-degree visibility. Standard navigation equipment, including radar, compass, depthsounder and loudhailer are mounted in the console, along with control panels for lighting, air conditioning and all auxiliary systems.

The vessel is designed to comfortably carry 49 passengers and up to 300 cubic feet of luggage from Dawson City to Eagle, on the Yukon River in Alaska. Tables in white oak with brass trim complement the blues and mauves of the carpet and upholstery. From a galley equipped with a microwave, refrigerator and steam pots for soup, tourists will be able to get a meal during the sixhour trip.

So far, the Yukon Queen is the largest of the Sea Liner series built by Munson. A 55-foot, 70-passenger vessel built for the Smithsonian Tropical Research Institute and a 42-foot excursion vessel for Rainy Lake Cruises are a couple of the larger boats built in the series for high-speed passenger transport.

Munson Manufacturing has substantially expanded its repertoire of vessels over the last five years. Originally in the business building small fishing boats. Bill Munson has added workboats, fire boats, police boats, survey boats and passenger boats to the production line to meet the demand of the market.

For free literature on the boatbuilding services of Munson Manufacturing, Circle 20 on Reader Service Card 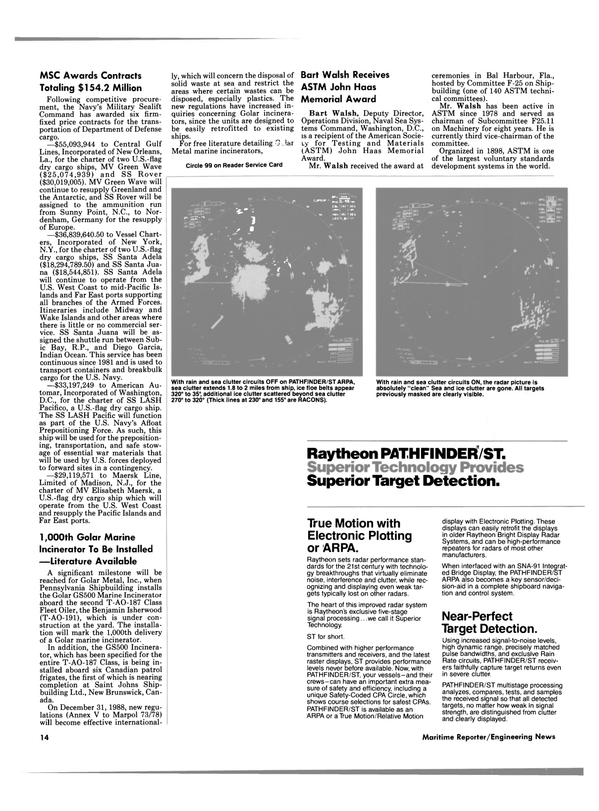