Supply boats, some of which have been anchored since the early 80s, are going back to work in the offshore drilling and exploration industry in the Gulf of Mexico, according to Conrad Industries of Morgan City. La.

The yard recently completed a renovation and liquid mud conversion on one vessel that is now working, and a second vessel now being similarly renovated and converted will be on assignment when the conversion work is complete.

The vessels are operated by Point Marine, Inc. of Morgan City.

According to data compiled by Offshore Fleet Economics (OFE) and reported in Offshore Data Services, the demand for supply vessels over 150 feet with liquid mud capability is steadily increasing. During a recent week, 191 vessels out of a fleet of 203 were working for a 94 percent utilization rate. The survey conducted by OFE involved 33 companies situated along the Gulf Coast who own and operate support vessels.

For free literature giving complete information on the facilities and capabilities of Conrad Industries, Circle 37 on Reader Service Card 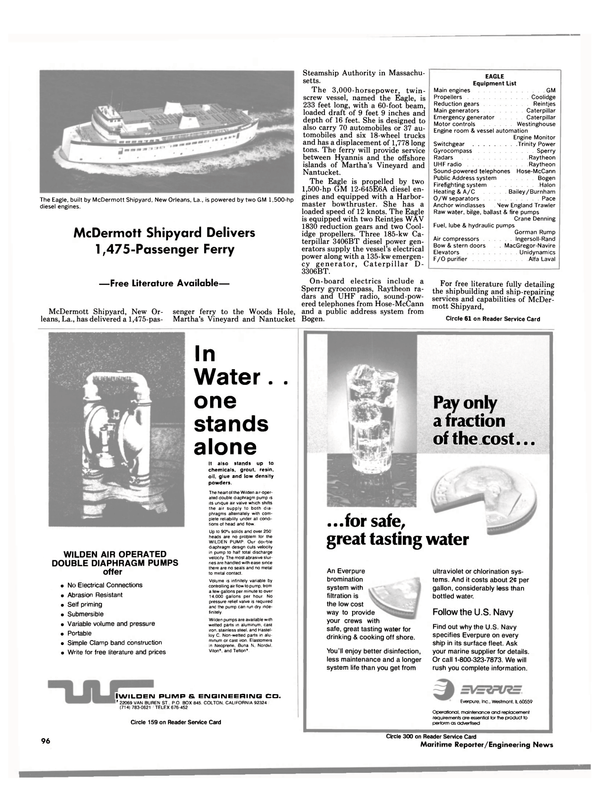