"Laying-of-the-Keel" ceremonies for the first of two 128-foot tugboats for the U.S. Army took place recently at Derecktor Shipyard in Middletown, R.I. The ceremony designates the achievement of a major milestone in the planned scheduled construction of the vessel.

Inherent features of the LT will provide a high level of maneuverability, superb seaworthiness and optimum efficiency.

The first tugboat, known at the present time as Hull 130A, is scheduled for delivery in July 1989. The tugboats will be named after signers of the U.S. Constitution. The contract could extend for the construction of a total of 10 tugboats if all funding is released to the program.

For free literature giving full information on the facilities and capabilities of Derecktor Shipyard, Circle 90 on Reader Service Card 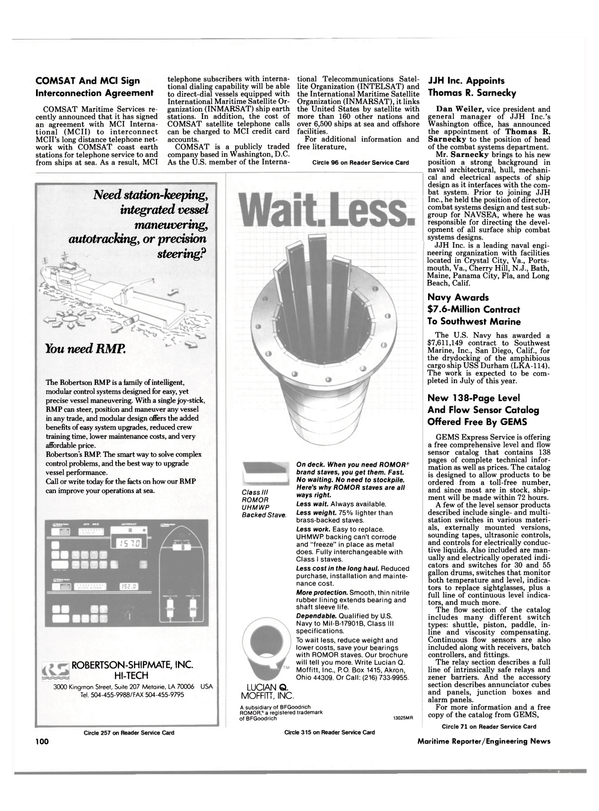