Sperry Marine Inc. has been awarded a multiyear contract by the U.S. Navy for the design, development, and production of a new submarine navigation radar.

"This is one of the largest programs we have ever received," said Guy S. Barnocky, program manager for military radar. "It will utilize the latest in radar technology in both RF and digital circuitry and techniques." The system, which includes a new radar mast design for hoisting the antenna, will interface with other electronic systems onboard the sub marine.

According to Mr. Barnocky, the first two years in the contract are valued at $7.2 million and cover the development effort. The following year is a test and evaluation period followed in turn by three fiscal years of production awards totaling 12 units per year. When funded, the total contract is valued at $27.5 million.

Sperry Marine Inc., a subsidiary of Newport News Shipbuilding, was awarded the contract after bidding against several major defense firms. 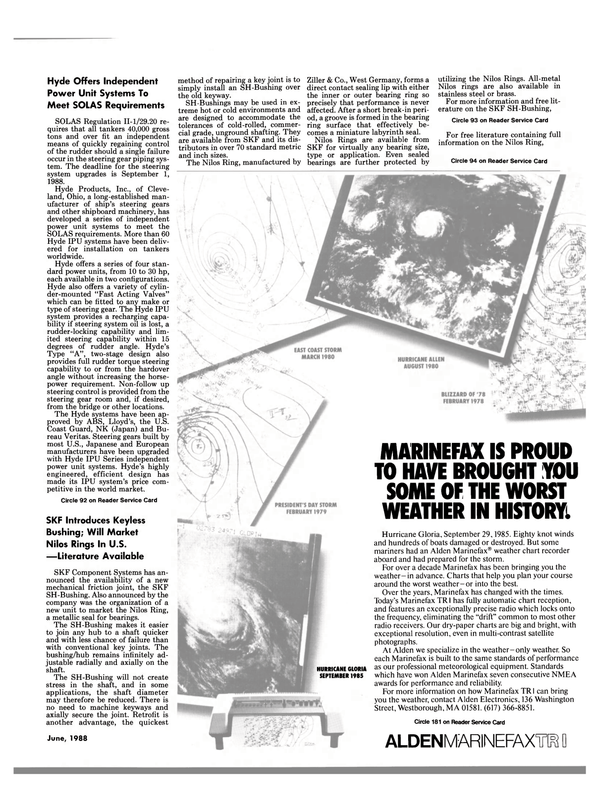